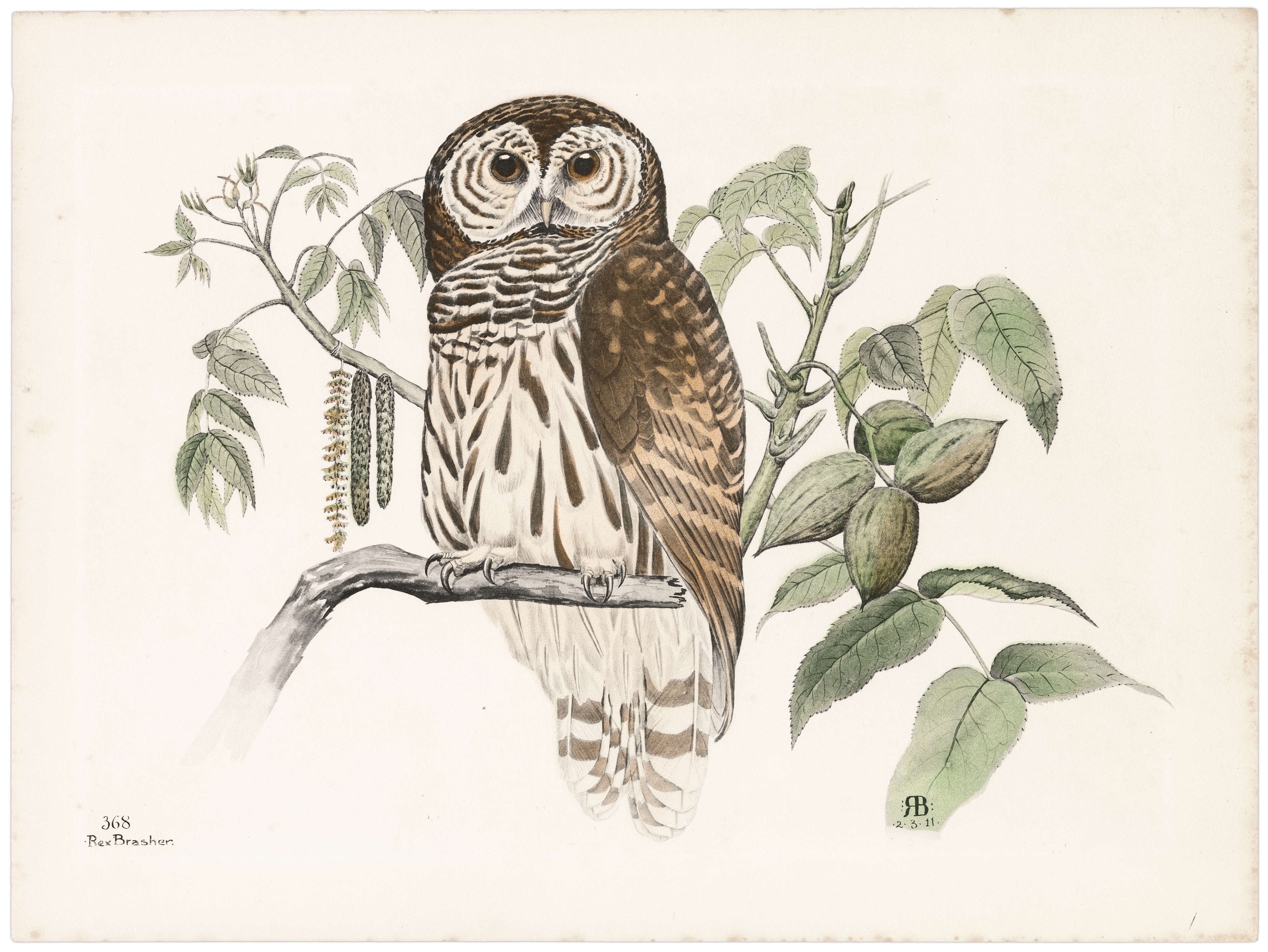 The deeptoned “whoo-who-who-oo-to-who-oh" heard on winter nights tells that the Barred Owls are preparing for action. Imitation of these notes will often bring a curious bird from its lurking nook. They are more voluble on moonlit nights and I have called them so close that the soft whir of pinions as they sheered off was plainly audible.

They can catch and eat members of the family just as readily as they would a rabbit. Screech owls are their favorite dainties! They are birds of courage and there are several authentic records of battles with Goshawks where both contestants perished.

Some naturalists believe they have a series of aberrant calls and screeches “a la wildcat." This may be individual or it may be the voiced objection of a Longear being eaten. During February and March I have heard discordant cracklings and a kind of Saturnine laughter but the final “who-ah" always betrayed the author.

Central and eastern North America. A permanent residence in large part of its range. 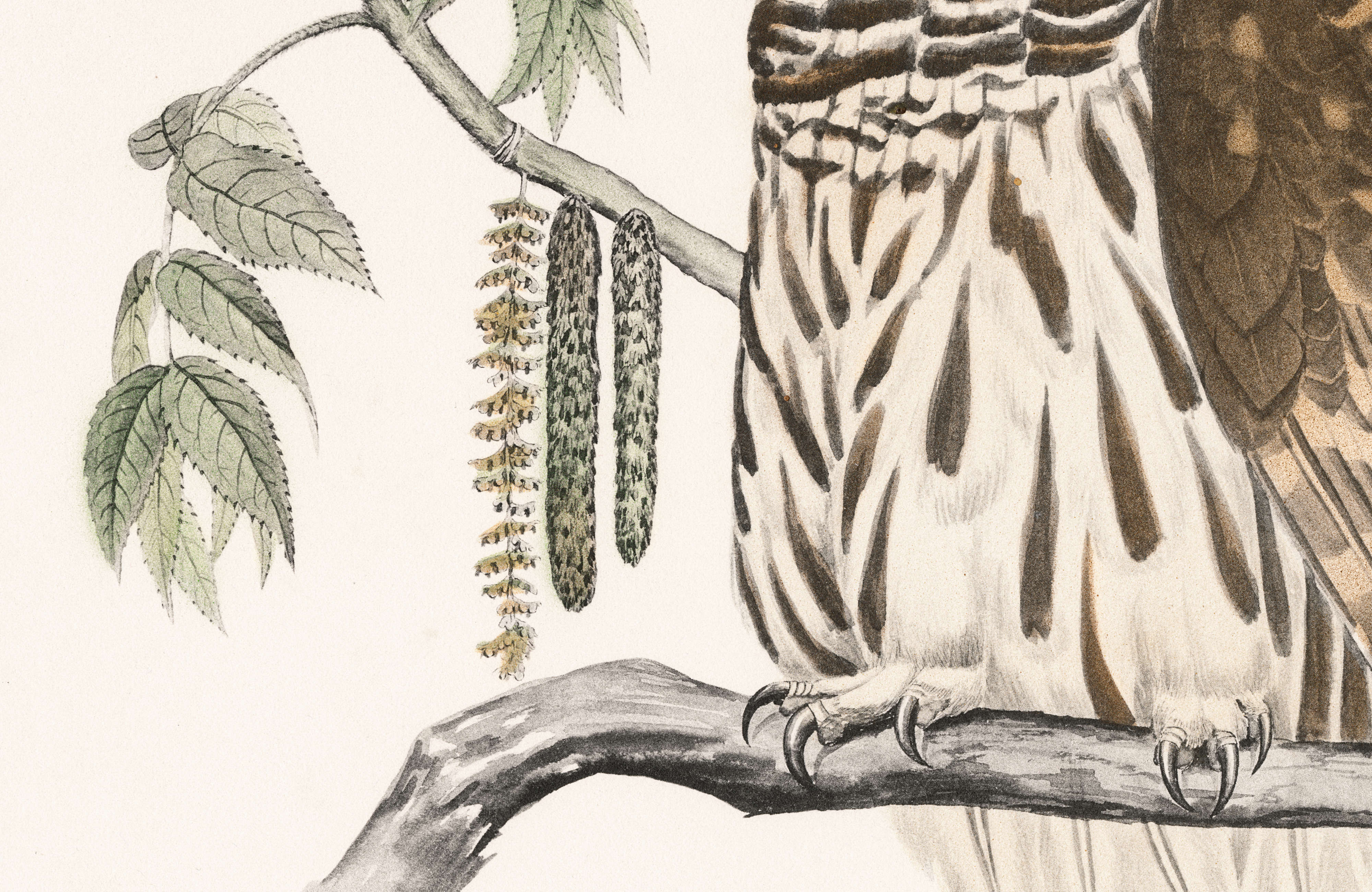 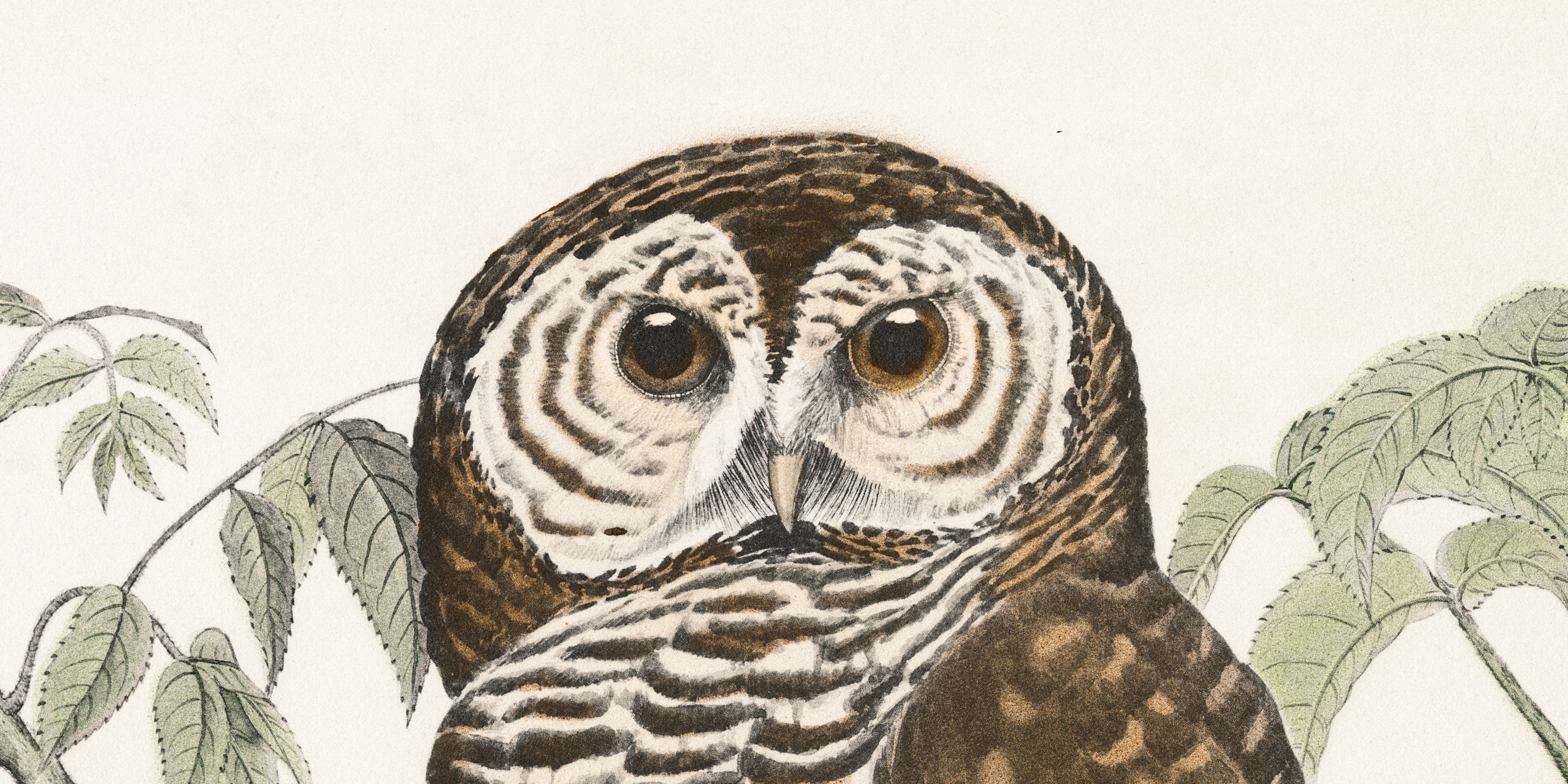 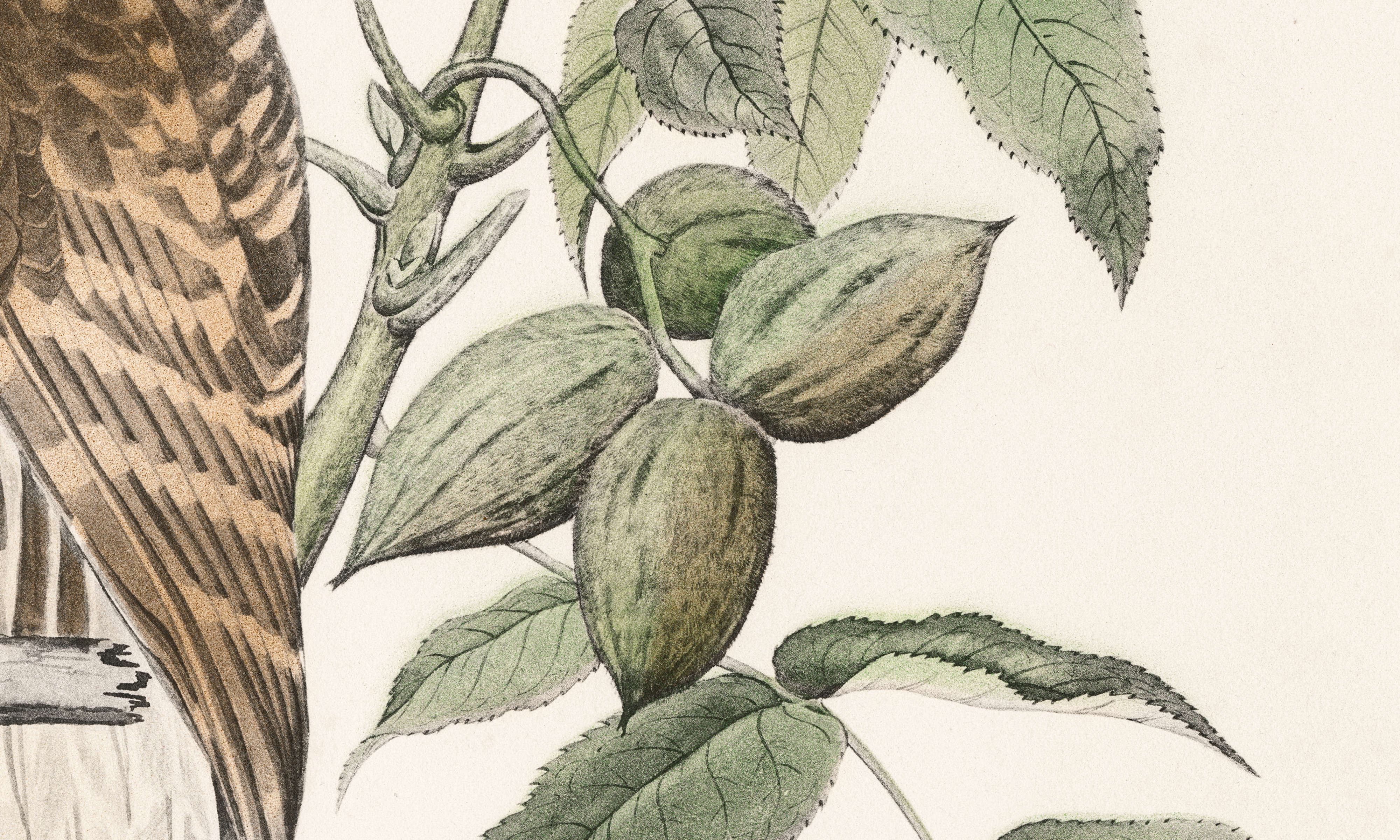 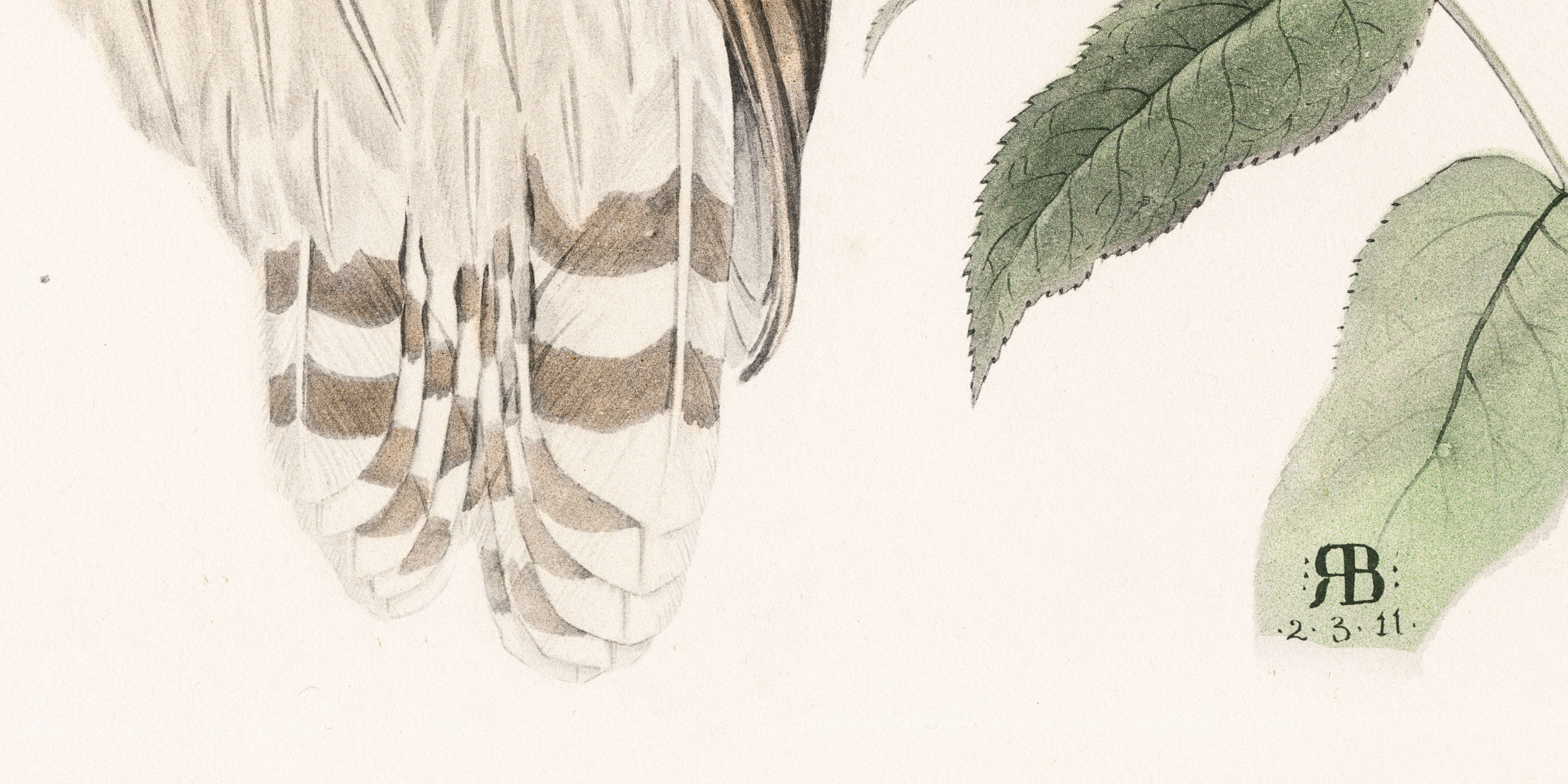