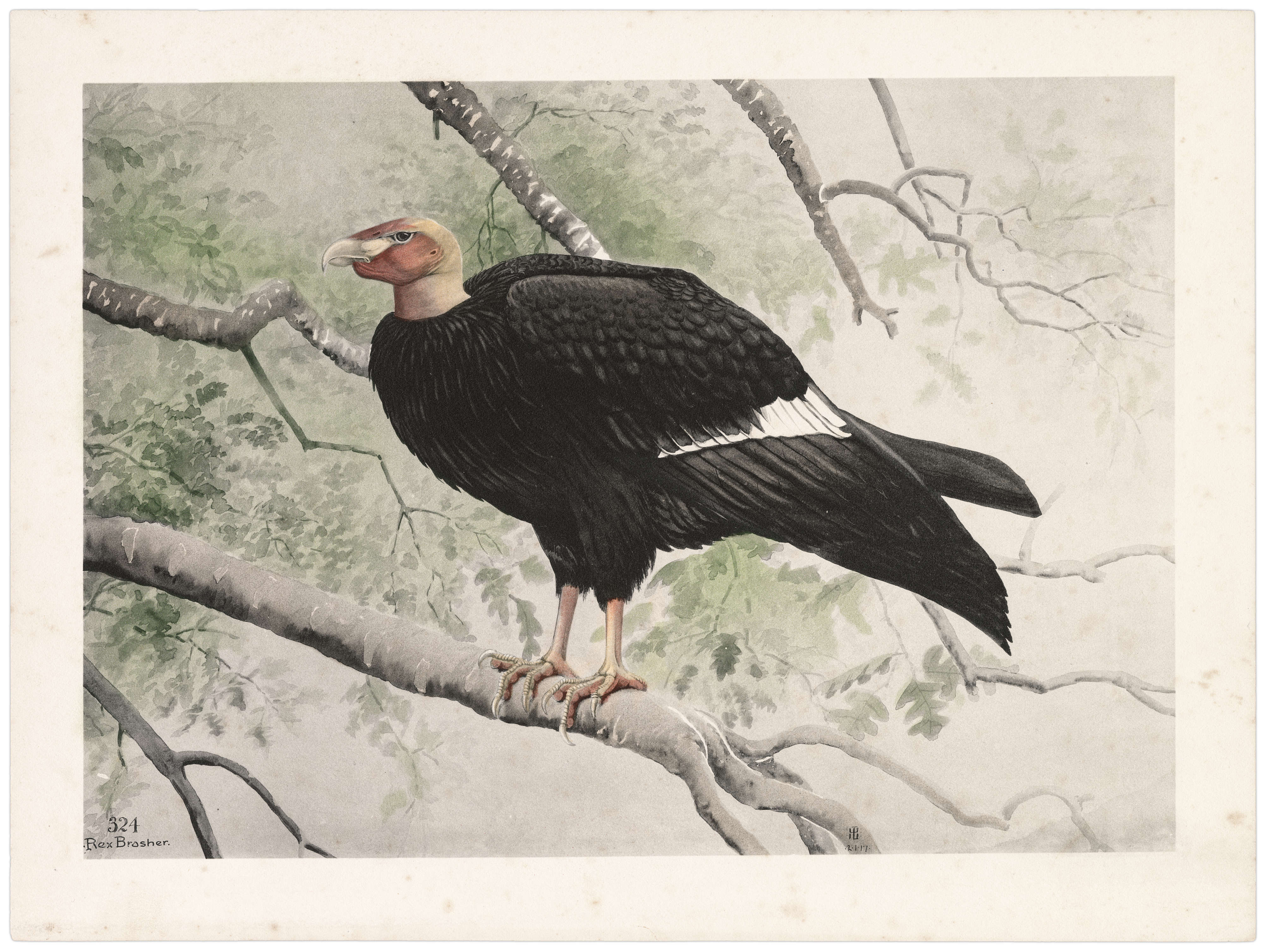 The California Condor is a relative of the Turkey Buzzards native to Connecticut. Both belong to the family of vultures, about whom Rex Brasher wrote, “They walk slowly and are awkward on the ground but {are} perfect masters of the air."¹

The California Condor could once be found from Mexico to British Columbia and east to Florida. When Rex painted the Condor in 1917 he wrote, “The largest of our birds is rapidly approaching extinction thru the efforts of ranchmen and hunters. The former poison and the latter shoot them. A few are still living among the deep mountainsides of southern California."²

In 1988 John McNeely of Sharon, Connecticut, a naturalist and film maker of documentaries on birds, joined a team of naturalists that captured the last wild California Condor. At that time just over two dozen California Condors were known to exist.³ 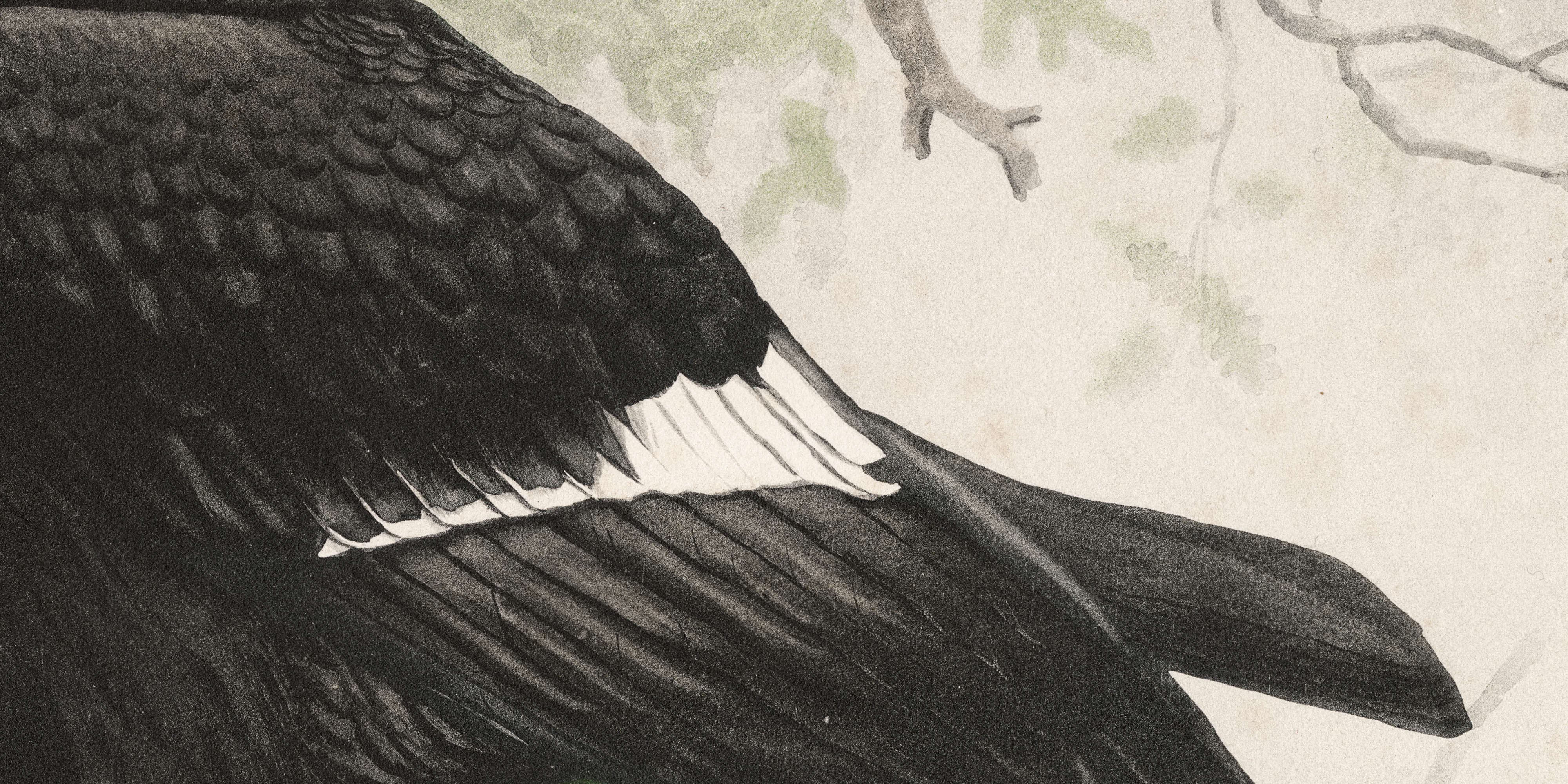 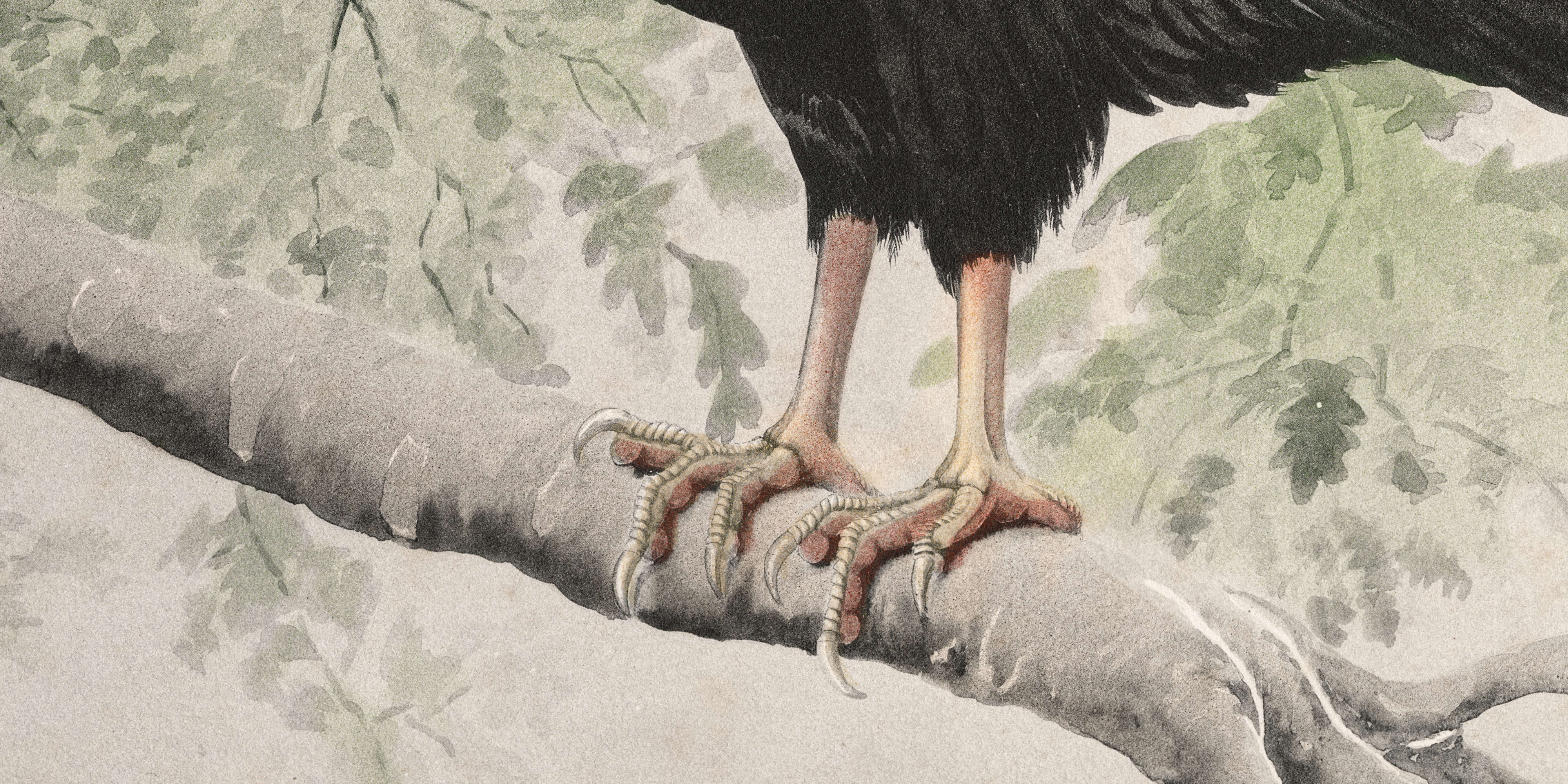 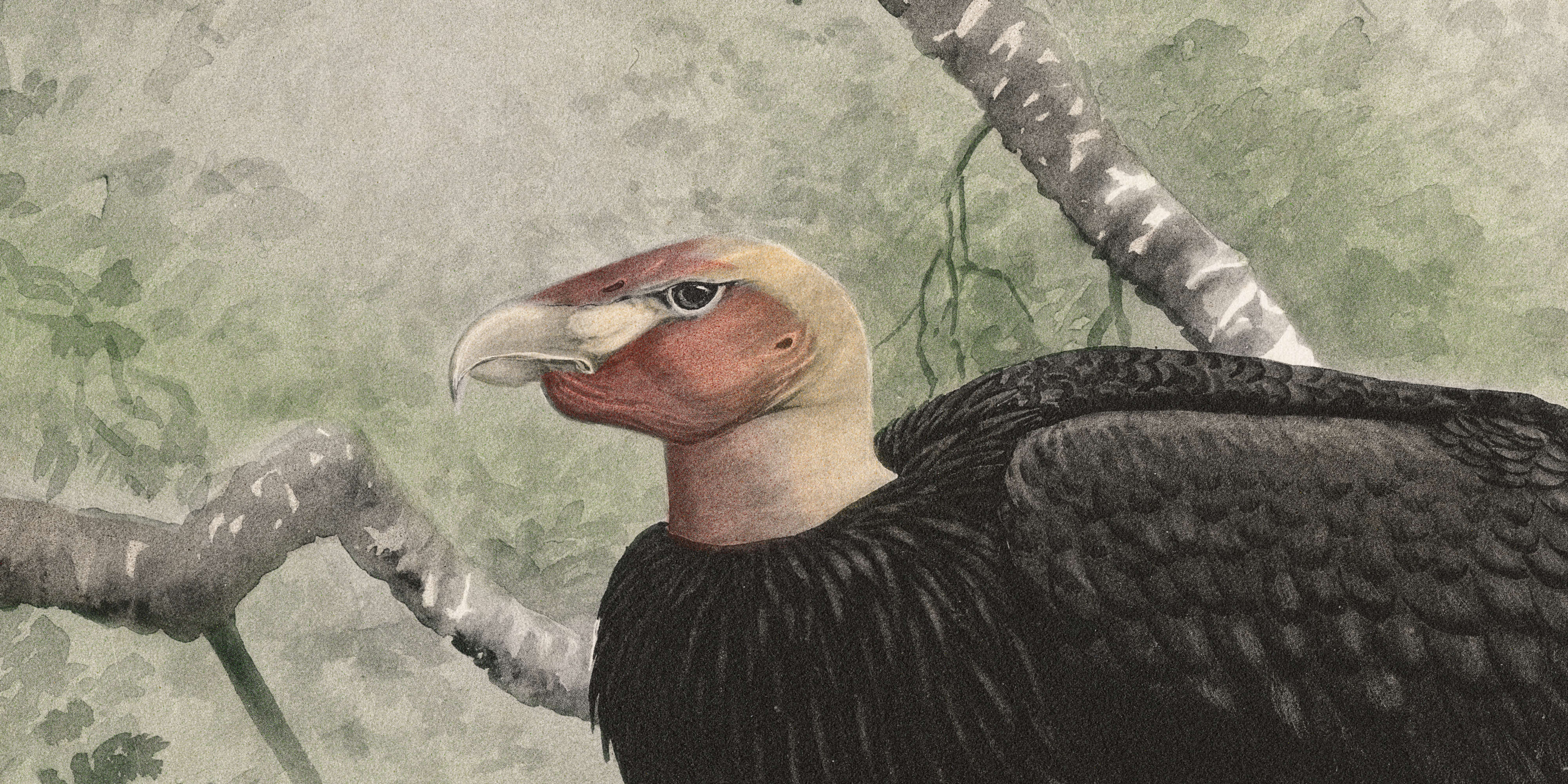