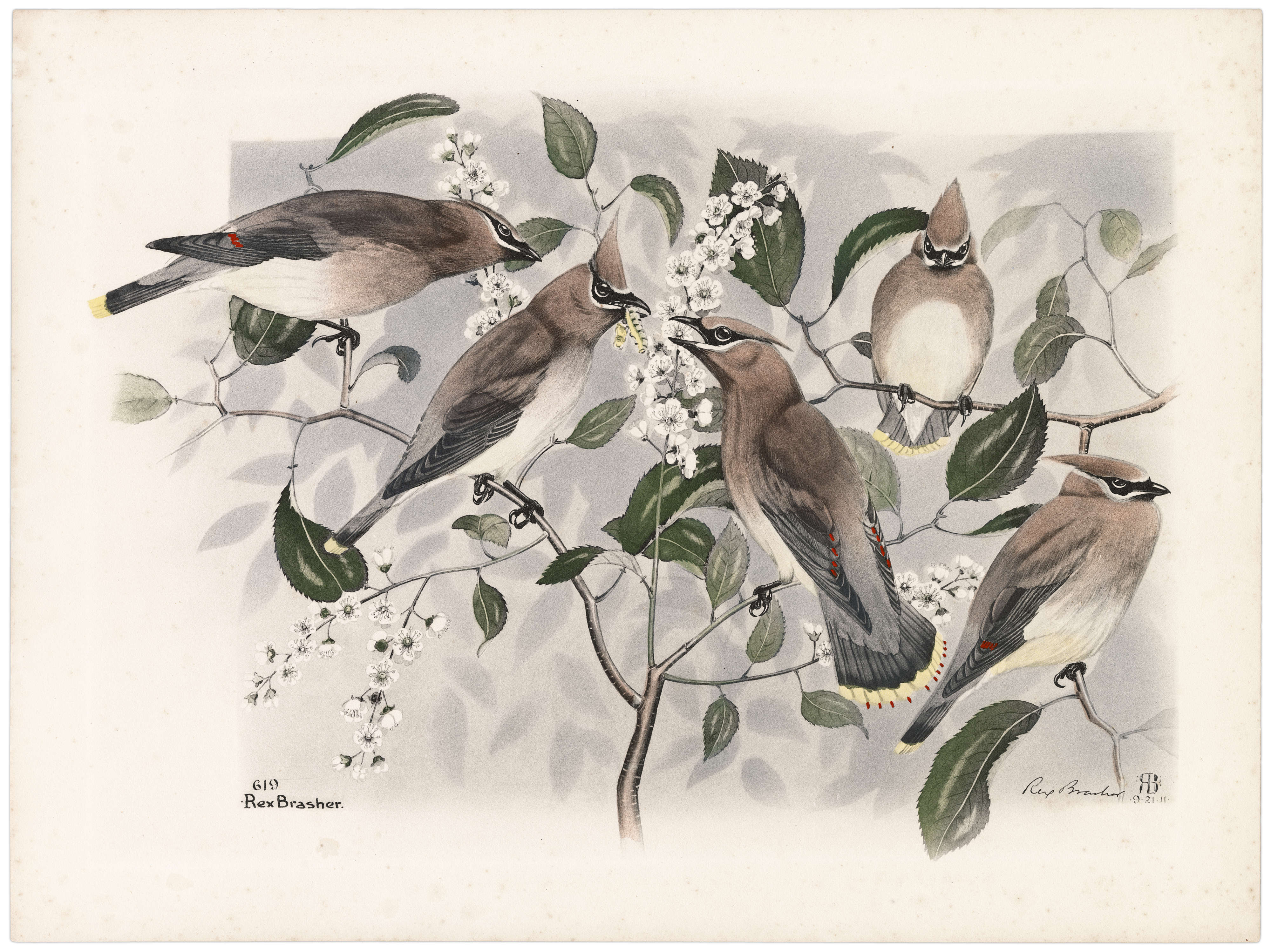 A flock of feathered gypsies was lisping in a wild cherry tree. They were so intent on the game that my intrusion was ignored and while they passed green caterpillars ceremoniously from bill to bill, I outlined over thirty quick pencil sketches. The tree was infested, and after one victim had fallen in pieces, another was daintily seized from a leaf and the performance continued for over fifteen minutes until the leader failed to pass the wrigglers on—simply dropped it—when the flock spiraled up and whisked off.

Too much politeness attains no end as surely as the lack of it!

Waxwings are altogether too peaceful in disposition when their homes are threatened, yet sometimes they drive off enemies: too often they accept disaster meekly. Their individualism extends to homebuilding which is just as apt to occur in July or August as in spring. 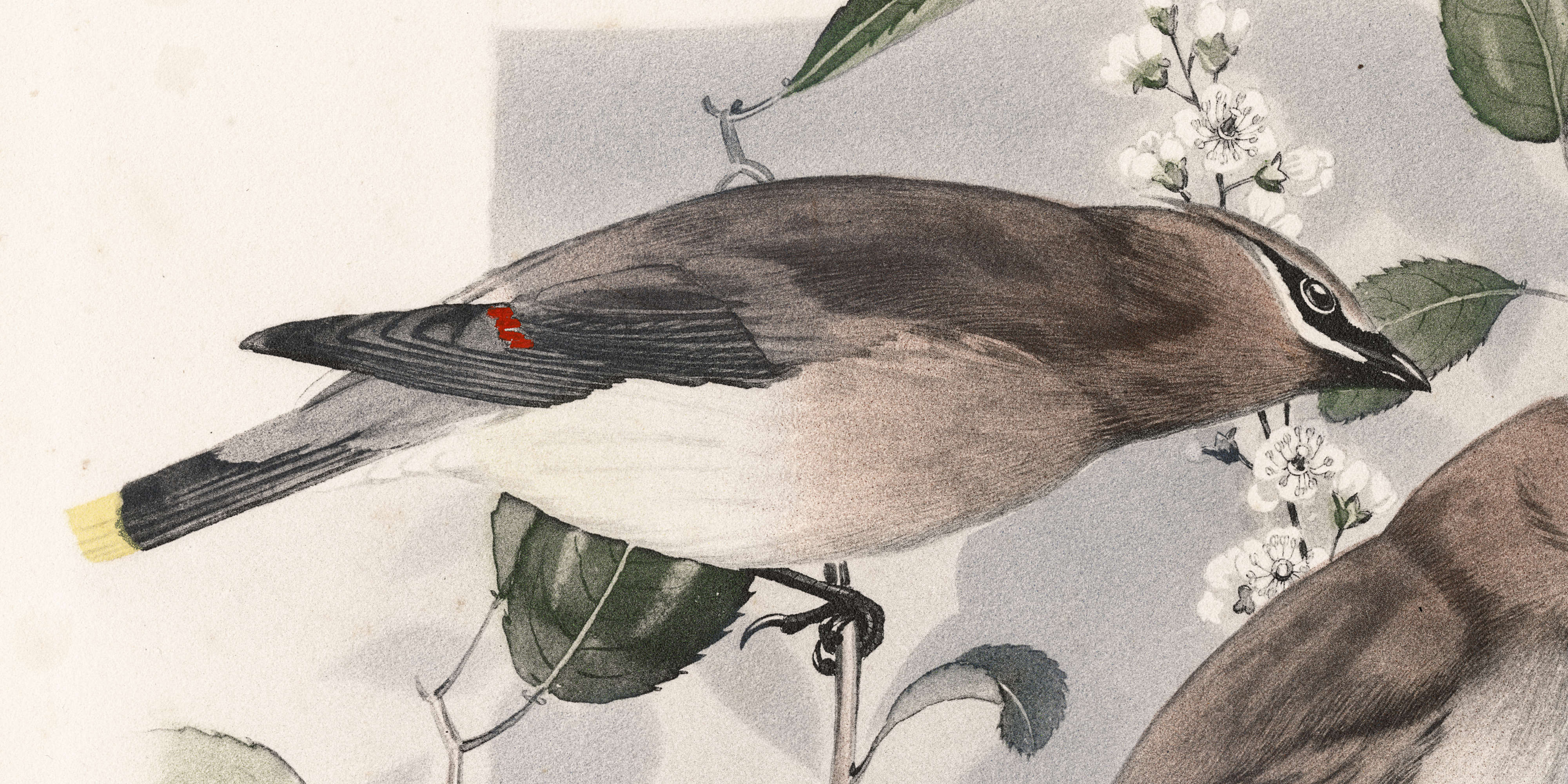 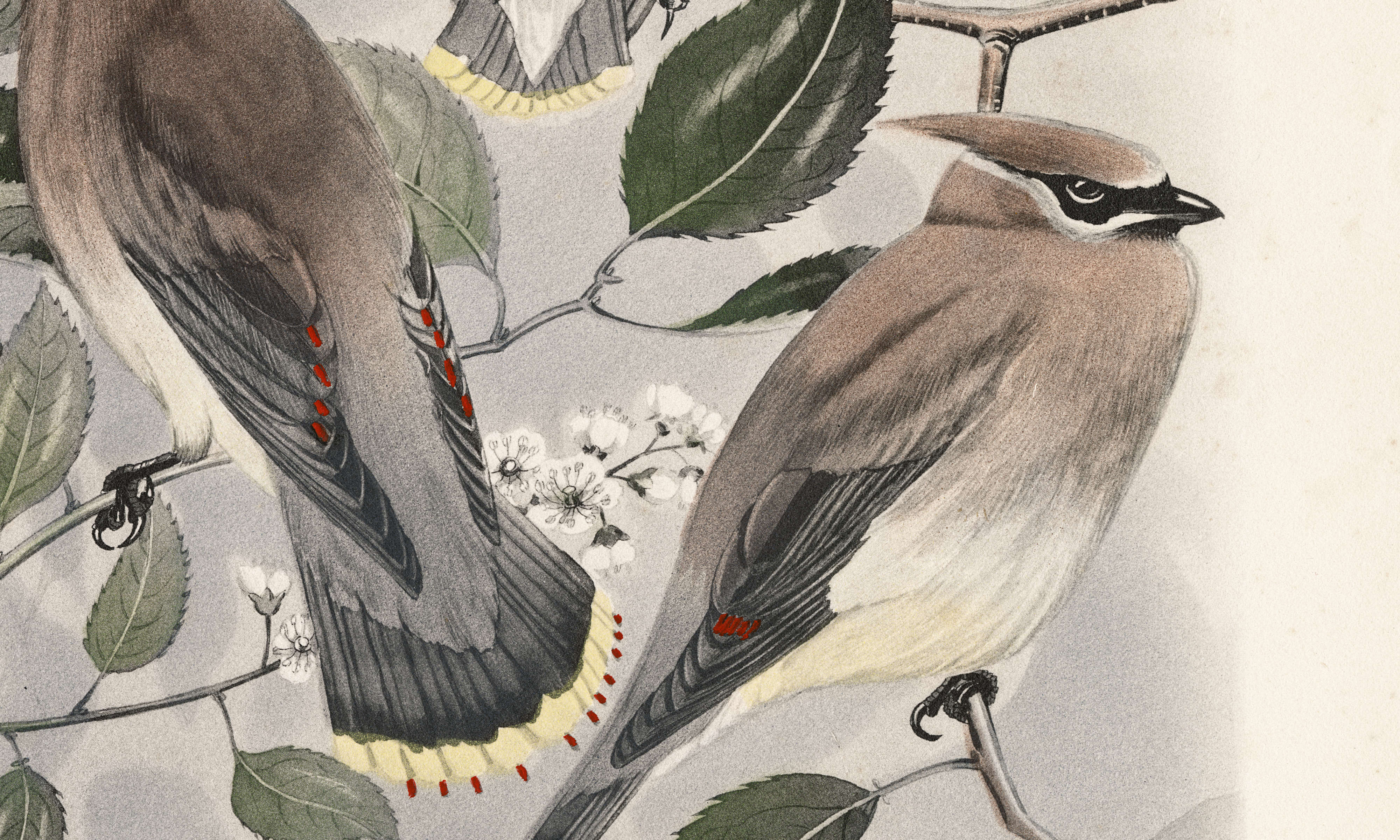