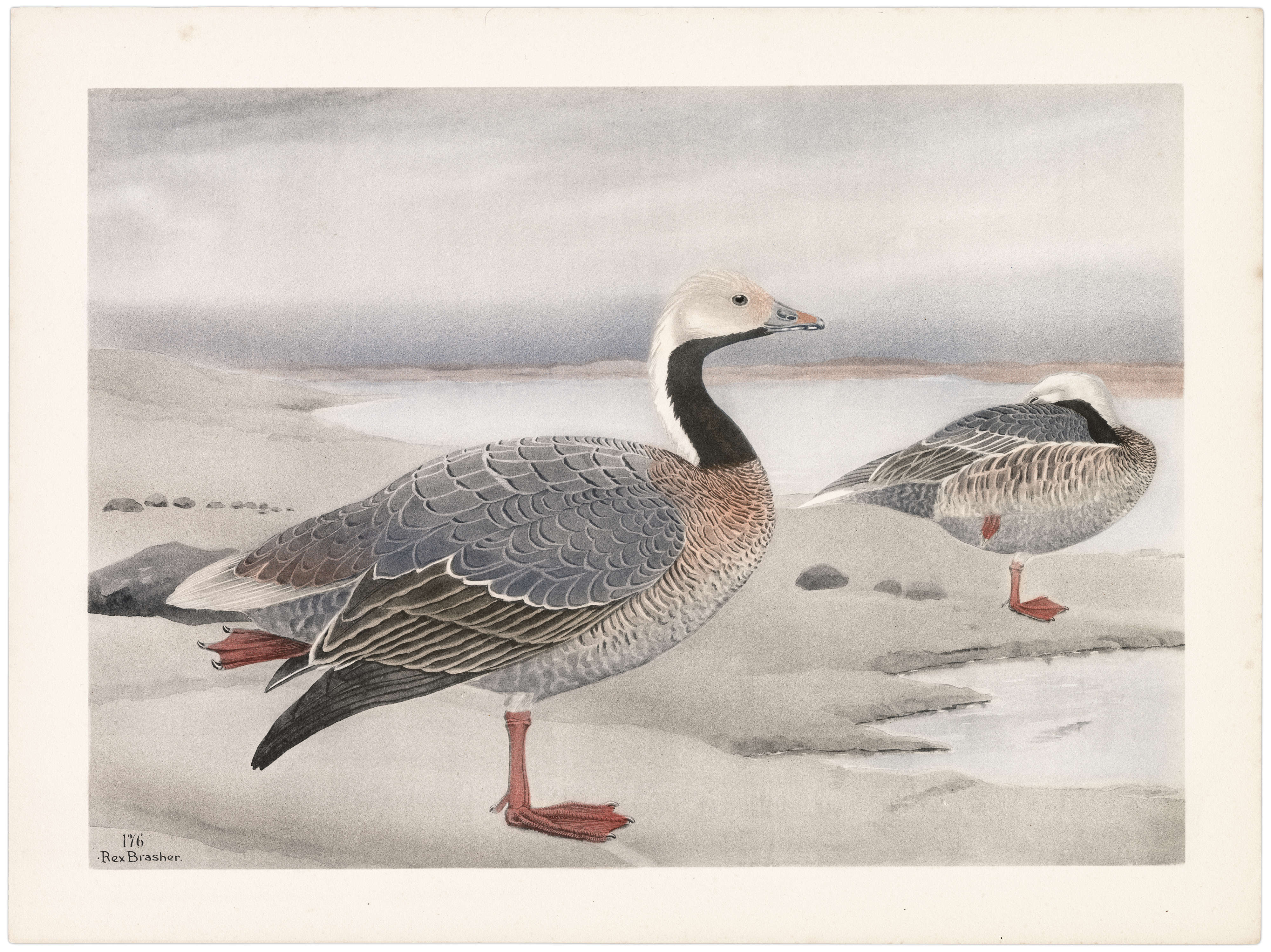 Nelson says that this is the least known and the most beautiful of all the Wild Geese which make their home in the Far North. It winters mainly in Alaska and Aleutian Islands—where the the Aleuts call it the “Beach Goose." When flying they are easily distinguished from other geese because of their shorter necks and heavier bodies. Their quick wing-beats are like those of the Black Brant and, too, they fly near the ground, rarely more than thirty yards high, often so close to the ground that their wing-tips almost touch it on the down stroke.

Coasts of Alaska. Winters in Commander, Near and Aleutian Islands. Casual to British Columbia and California. 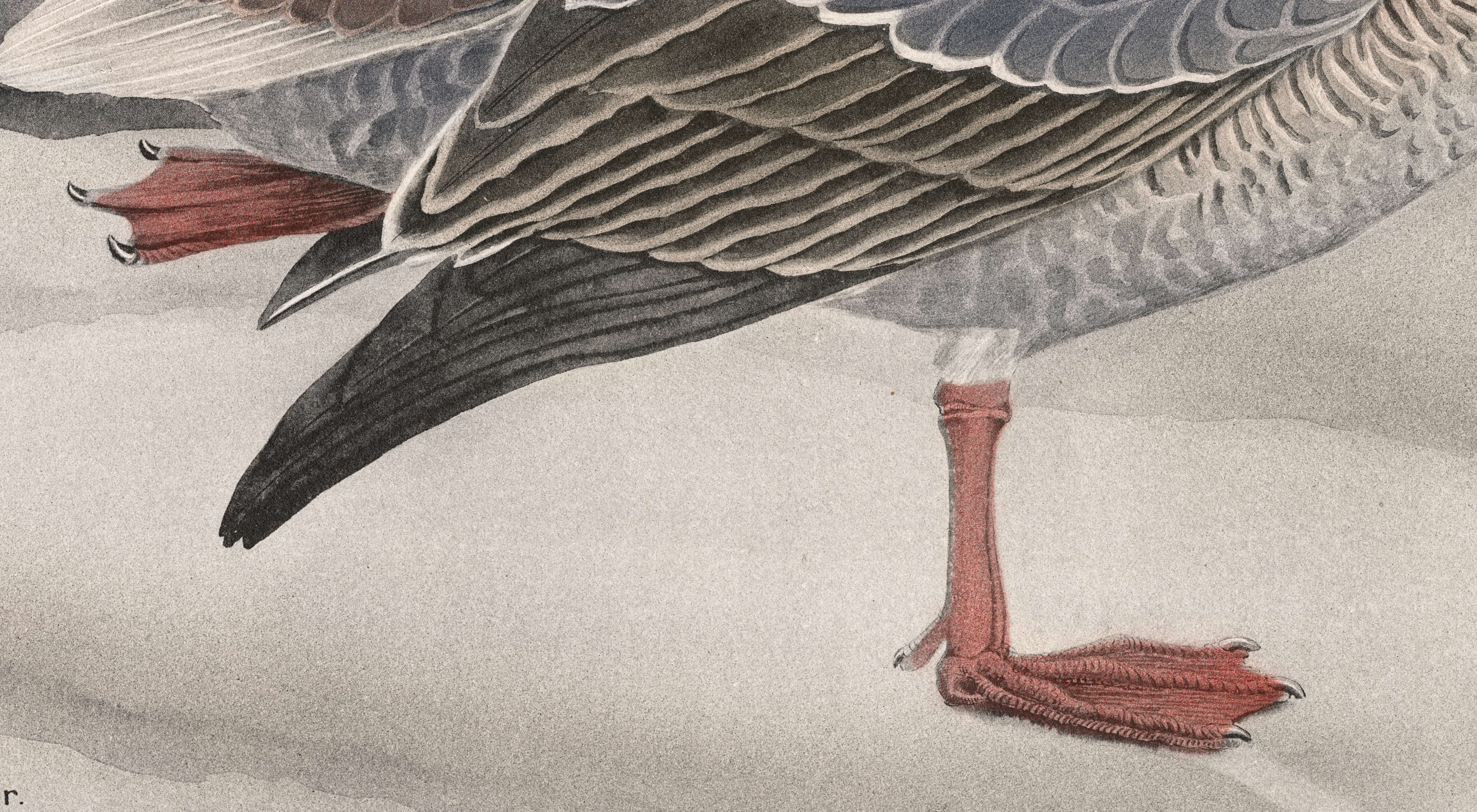 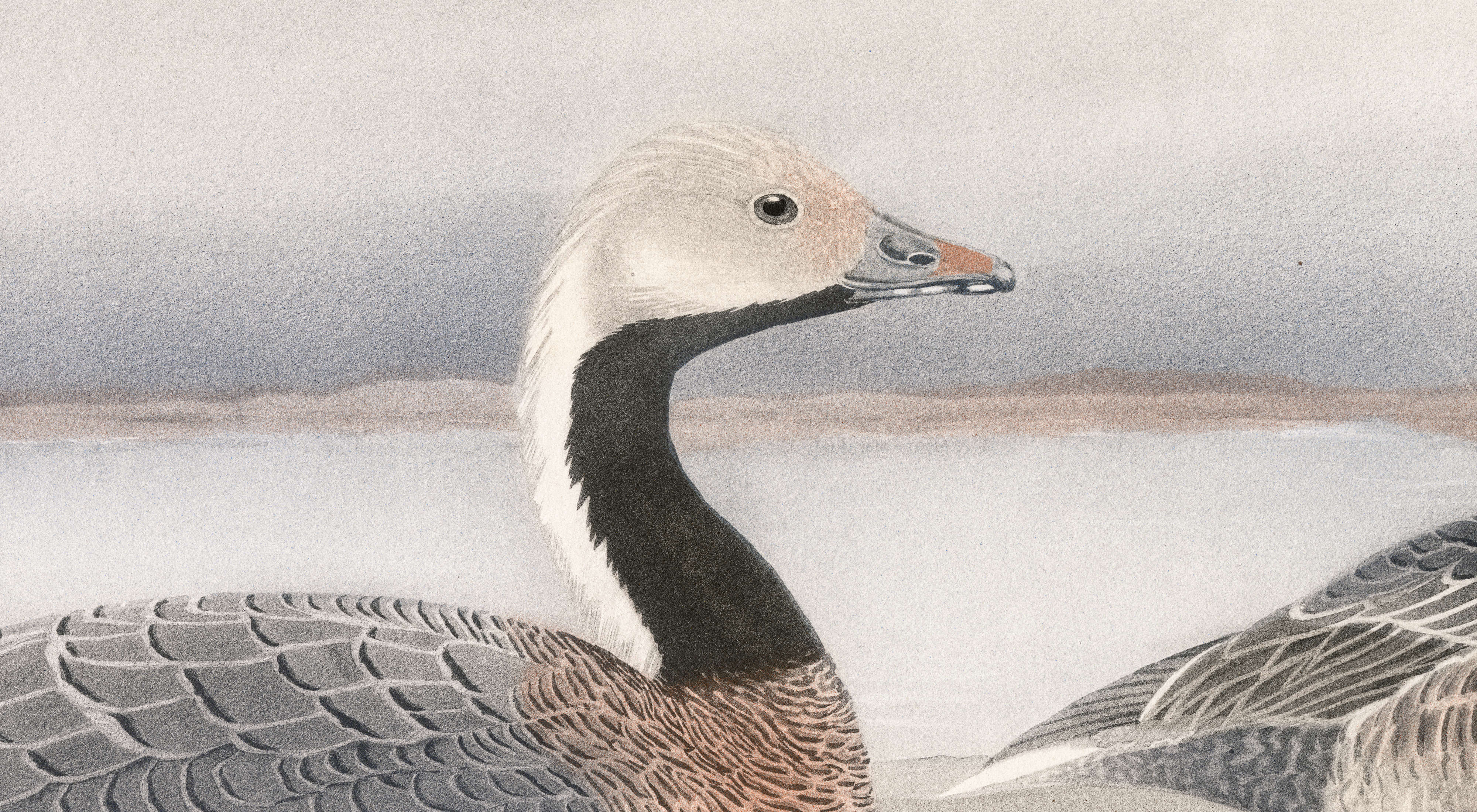