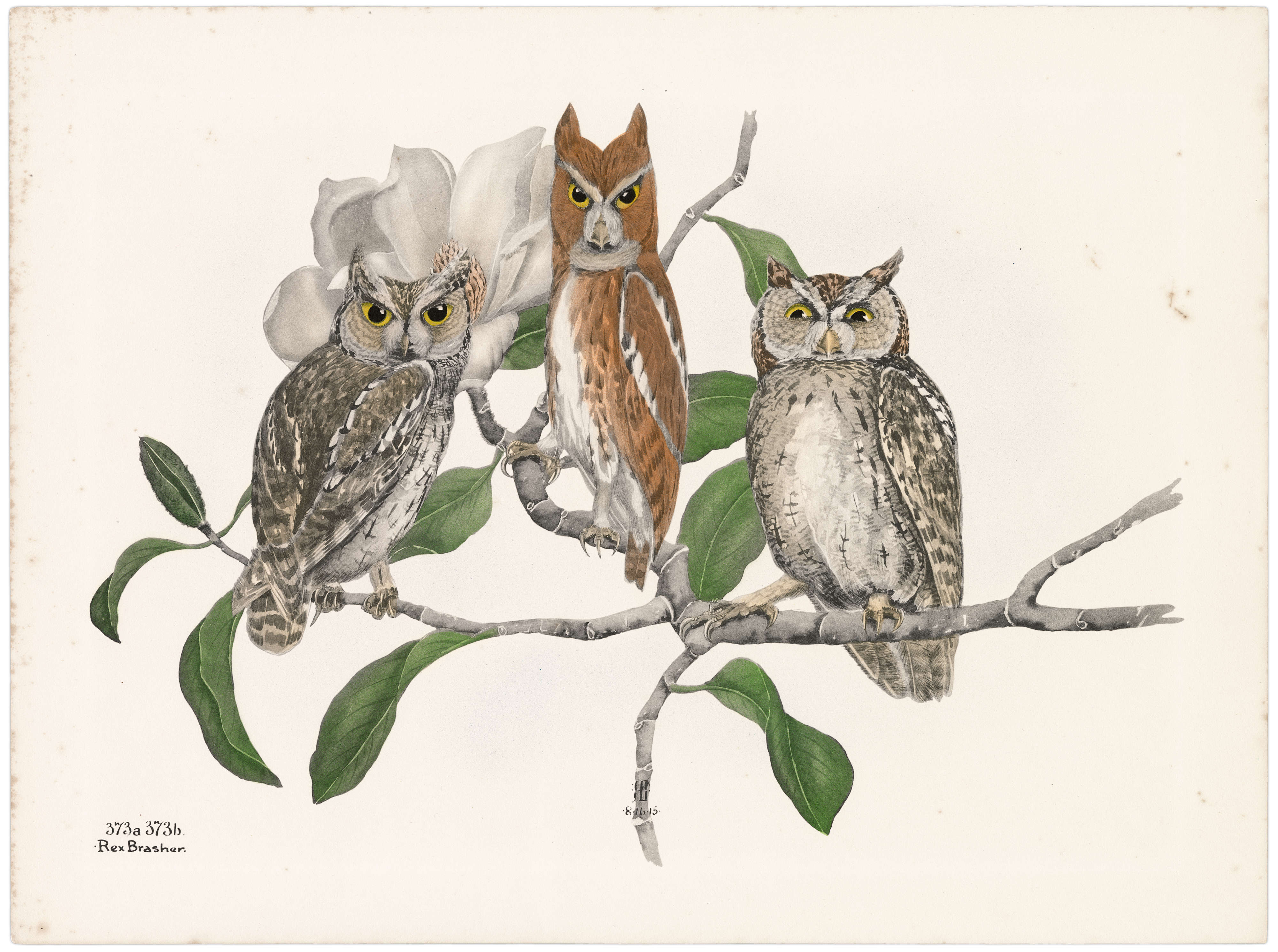 In Autumn and early Winter I have heard a long drawn siren-like call that could be defined as a screech but the usual notes of the owl are a tremulous series of “oos". The species is remarkable for dichromatism. A gray bird may be mated with a red one and produce young of one color or varied. There seems to be no rule that certain colored parents will produce the same plumaged young.

Mating is more or less permanent and it is thought that some retain this relationship for life.

They wander from the home grounds in Autumn and make quite wide local migrations, probably in search of food. If hungry. Owls have no consideration for their own. A nest of 3 or 4 young is likely to be reduced to one if anything happens to the parents. Forbush found parts of a Longear inside a Barred, and in the former's stomach, remains of a Screech Owl. Had there been a saw-whet in the latter, the cycle would have been almost complete.

Some individuals destroy many small birds, but the majority live on insects and mice. All but the bird murderers are beneficial.

Eastern North America south to Texas and west to about the hundredth meridian. 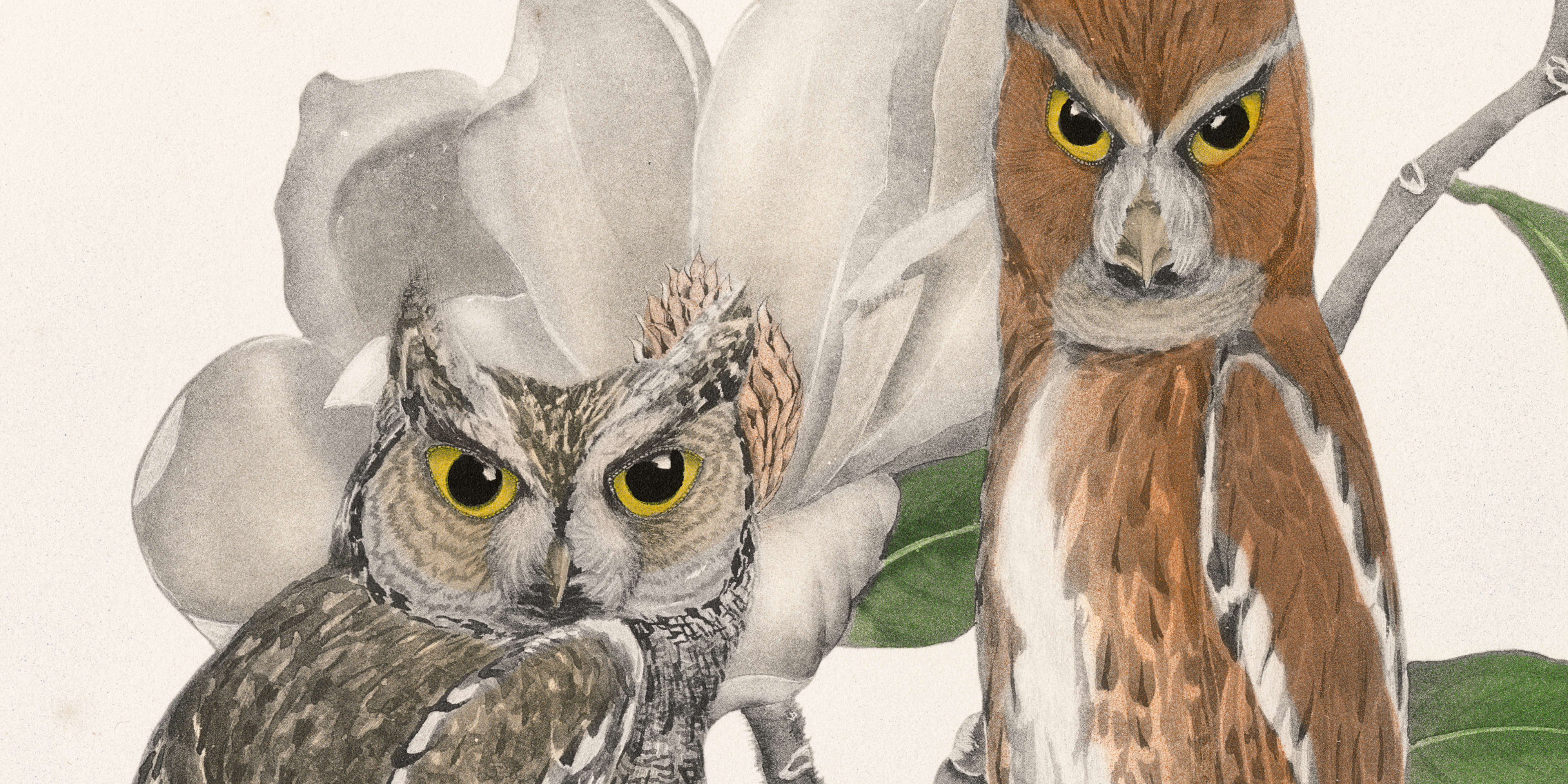 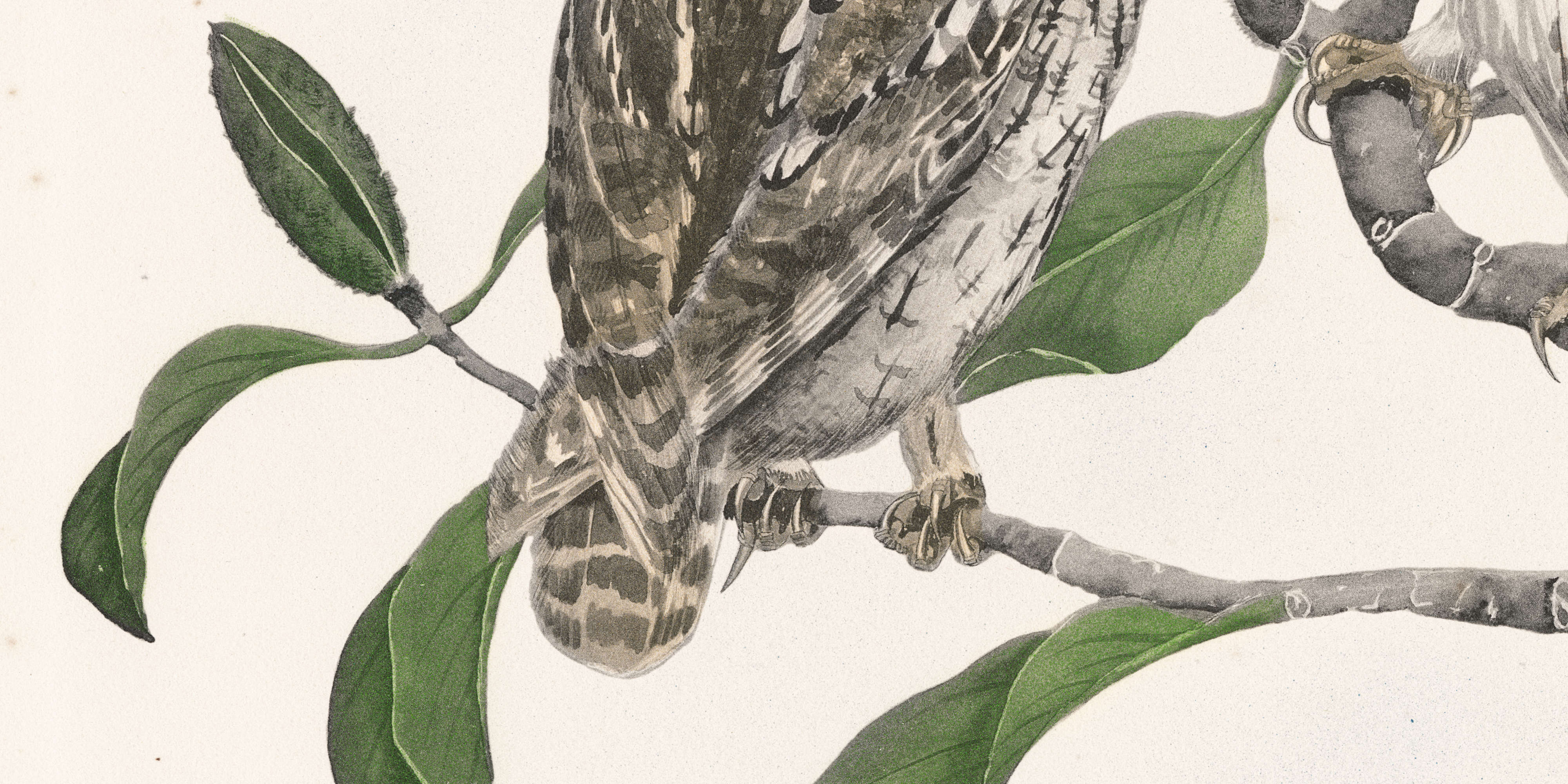 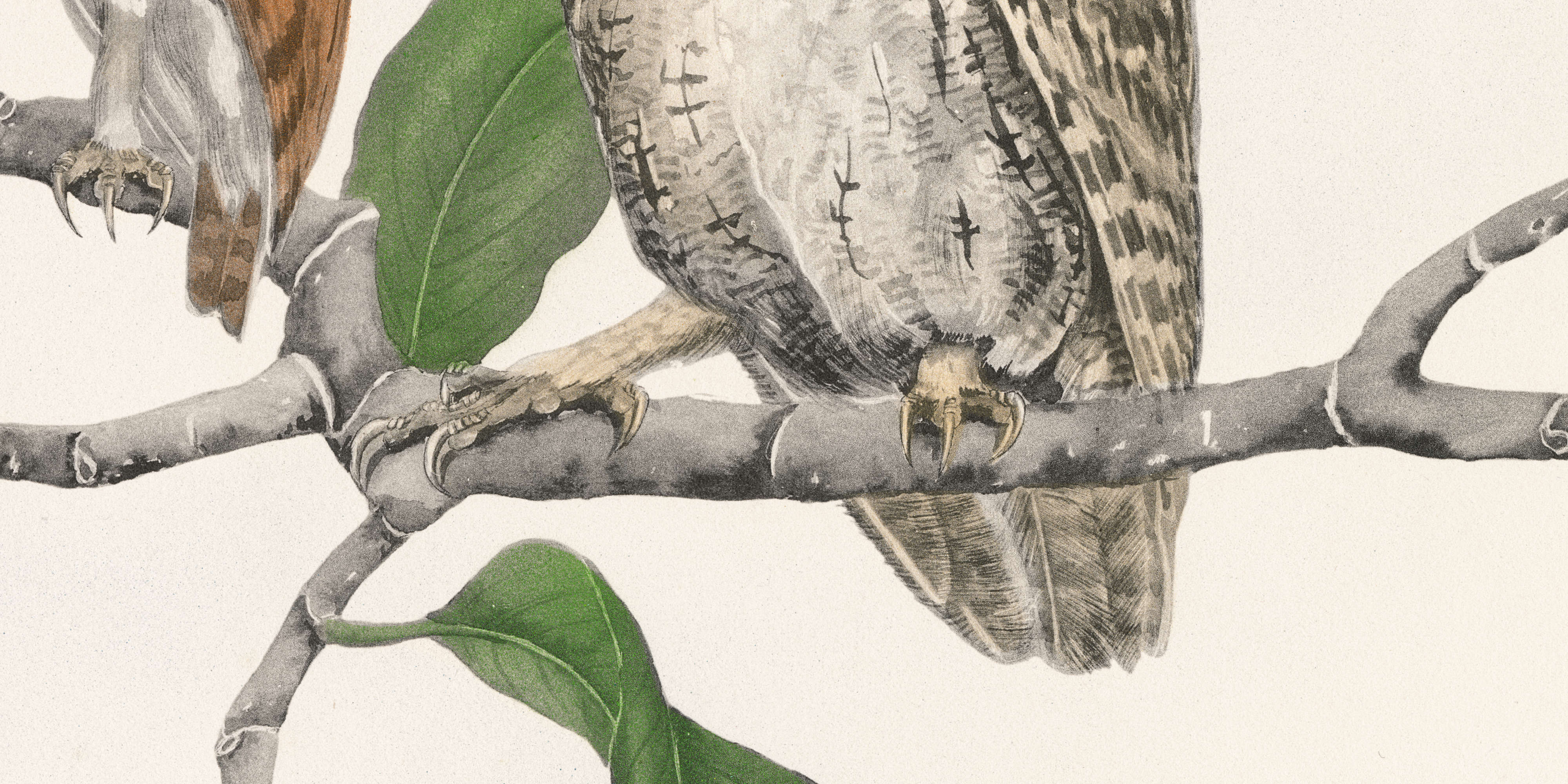