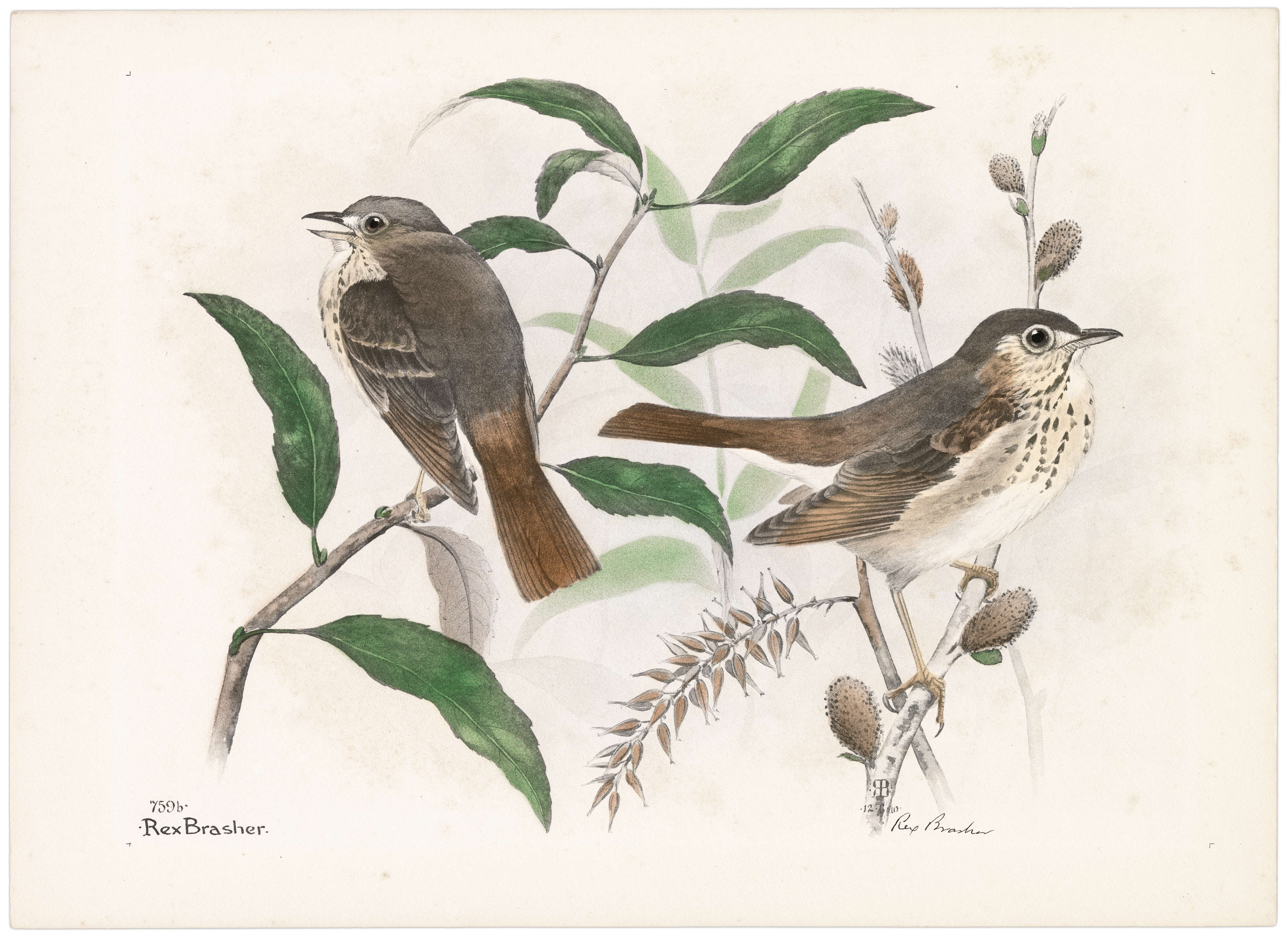 Late one October afternoon I took the ax from its concealed nook in the workshop. I had no intention of using it—just took it along for company, as naturally as I'd slip on an old coat.

I sat down and leaned back against the barkless trunk of a great chestnut, dead many years, looking thru the contorted limbs into a pale cadmium western sky.

A clear bell rang, remotely intoned as infinity. The opening note of the Hermit's song! Here in October! Never had I heard them sing in Autumn. Would he finish?—I waited, tense and eager but the single tone was all and after that the silence seemed deeper, more poignant. The note focused my wandering thoughts: I was back on the border of a nameless lake in the far hills of Maine, tranquil in the placid light of approaching sunset. Jo was busy at the fire before a rough shack he used on his winter trap line and a faint familiar perfume from his pan mingled with the odors of spruce and pine. From the forest-darkened hills emanated that mysterious sense of quiet expectancy with which they accept the dramatic changes of day and night. Slowly, rose tint overlaid the gold. The sun was gone, leaving a bewildering chaos of iridescence—crimson, flame, orange, pale transparent greens near shore, in sky and lake. Voicing it all were Hermits singing from darkening aisles. The elusive colors merged into purples and Night stood over those ancient hills like an old god, the dark mountains a cloak on his shoulders. Still the Hermit Thrushes sang.

Life would be as fleeting as Art if we didn't eat, so I joined Jo at the slab table. Desultory performers continued the concert and the last thing I remember of that night was a burst of exquisite music coming thru the open door as the minstrels called up the June moon.

Northern and Eastern North America. Locally in mountains of Pennsylvania and Maryland and on Long Island. Winters from Massachusetts (rarely) and Lower Delaware and Ohio Valleys to Texas and Florida 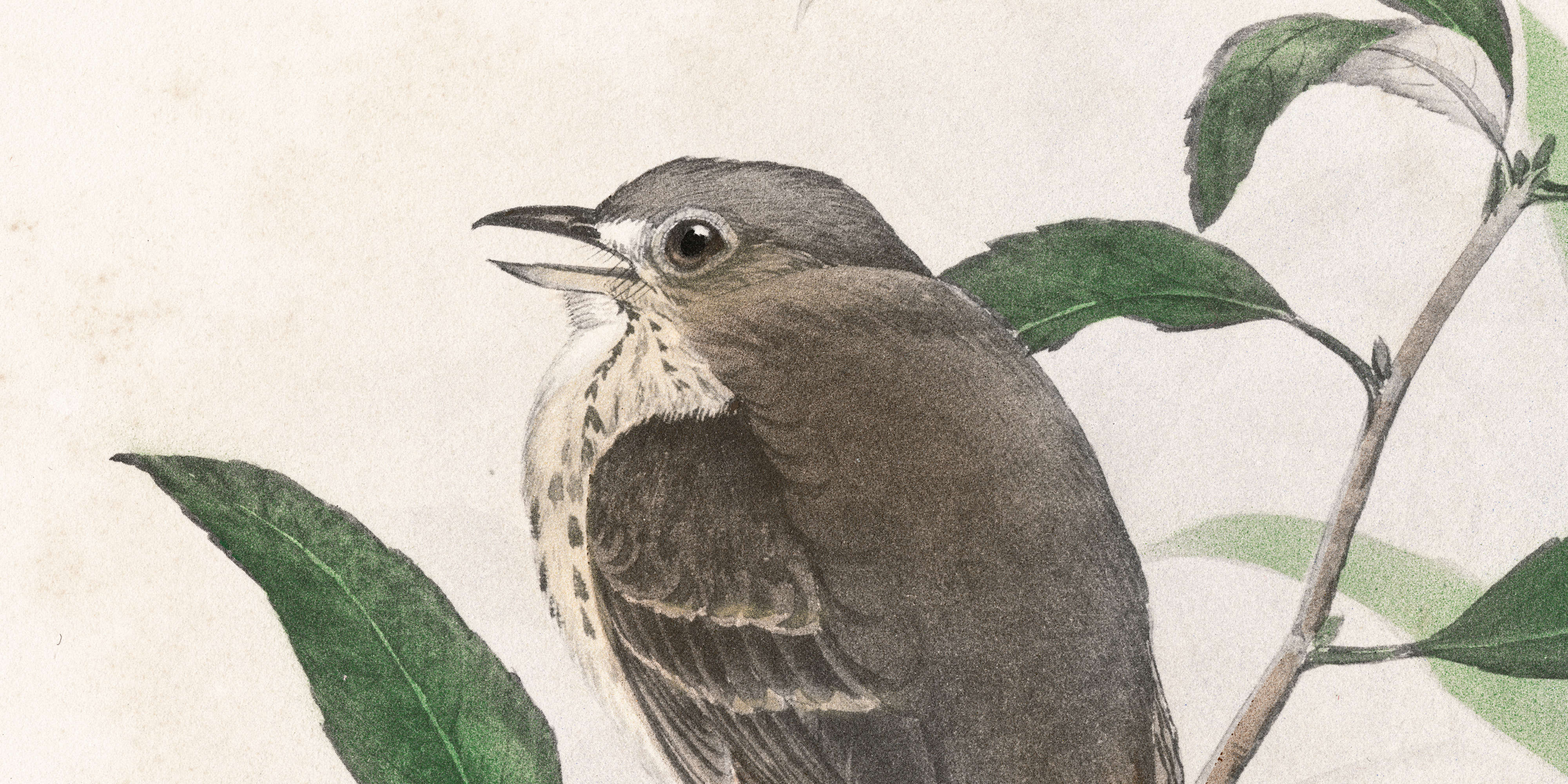 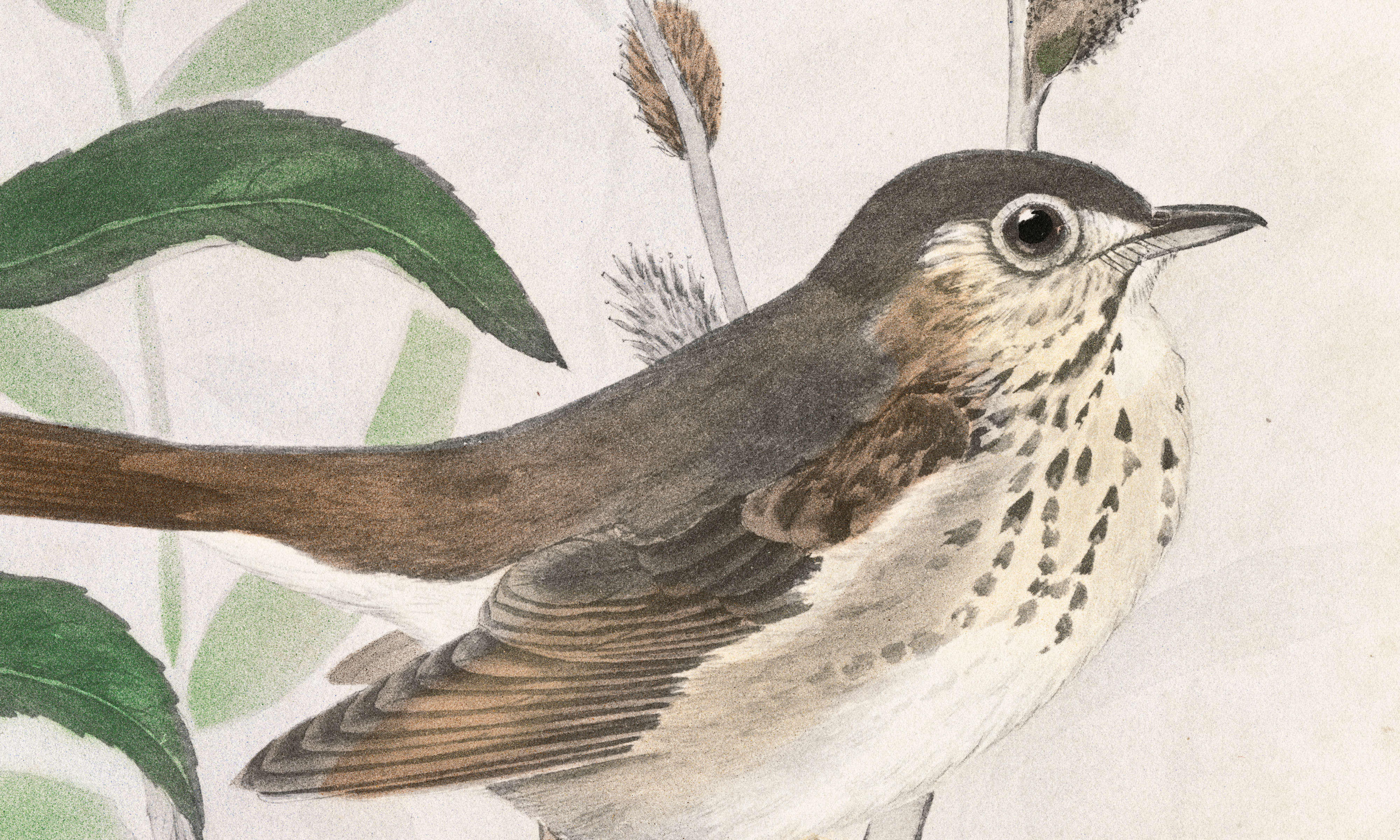 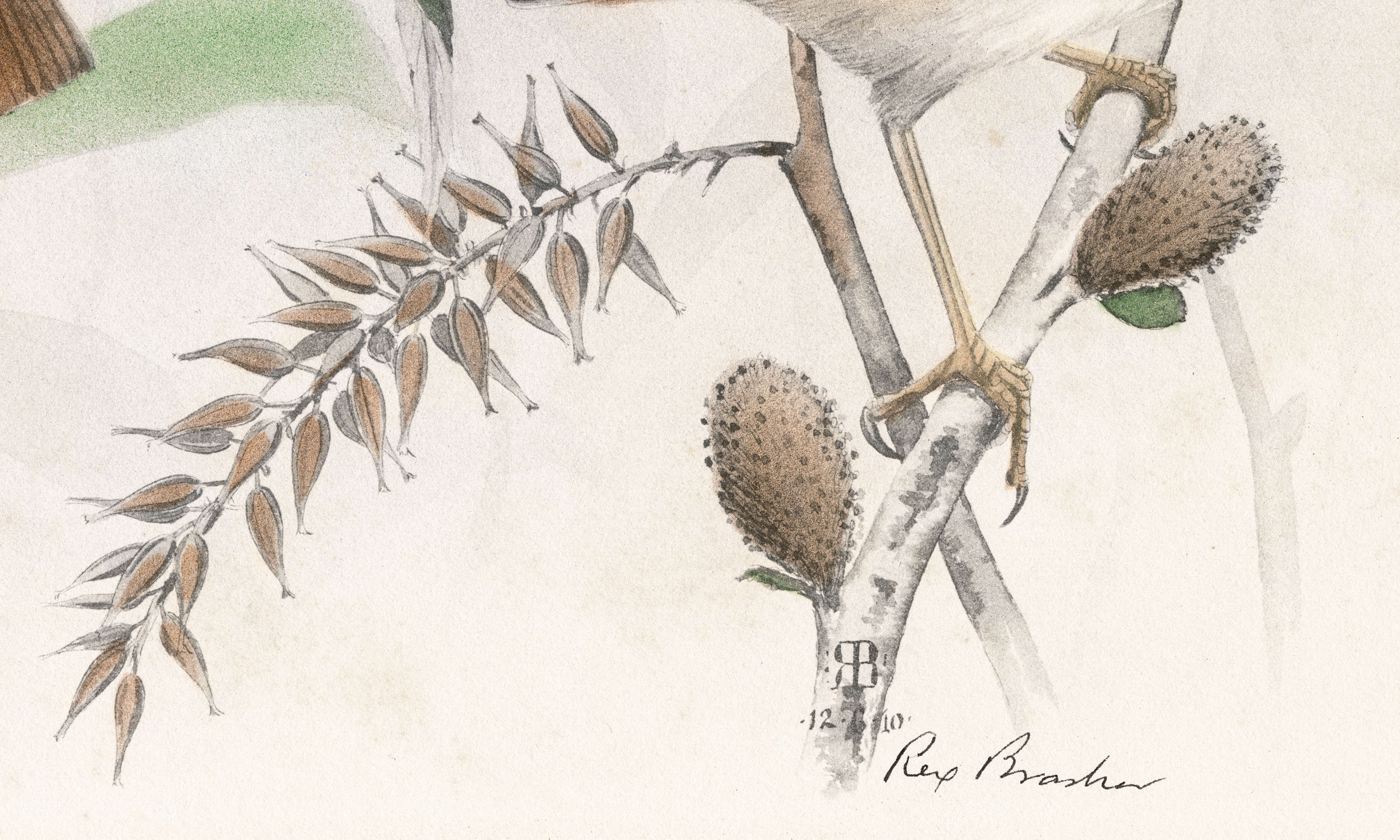