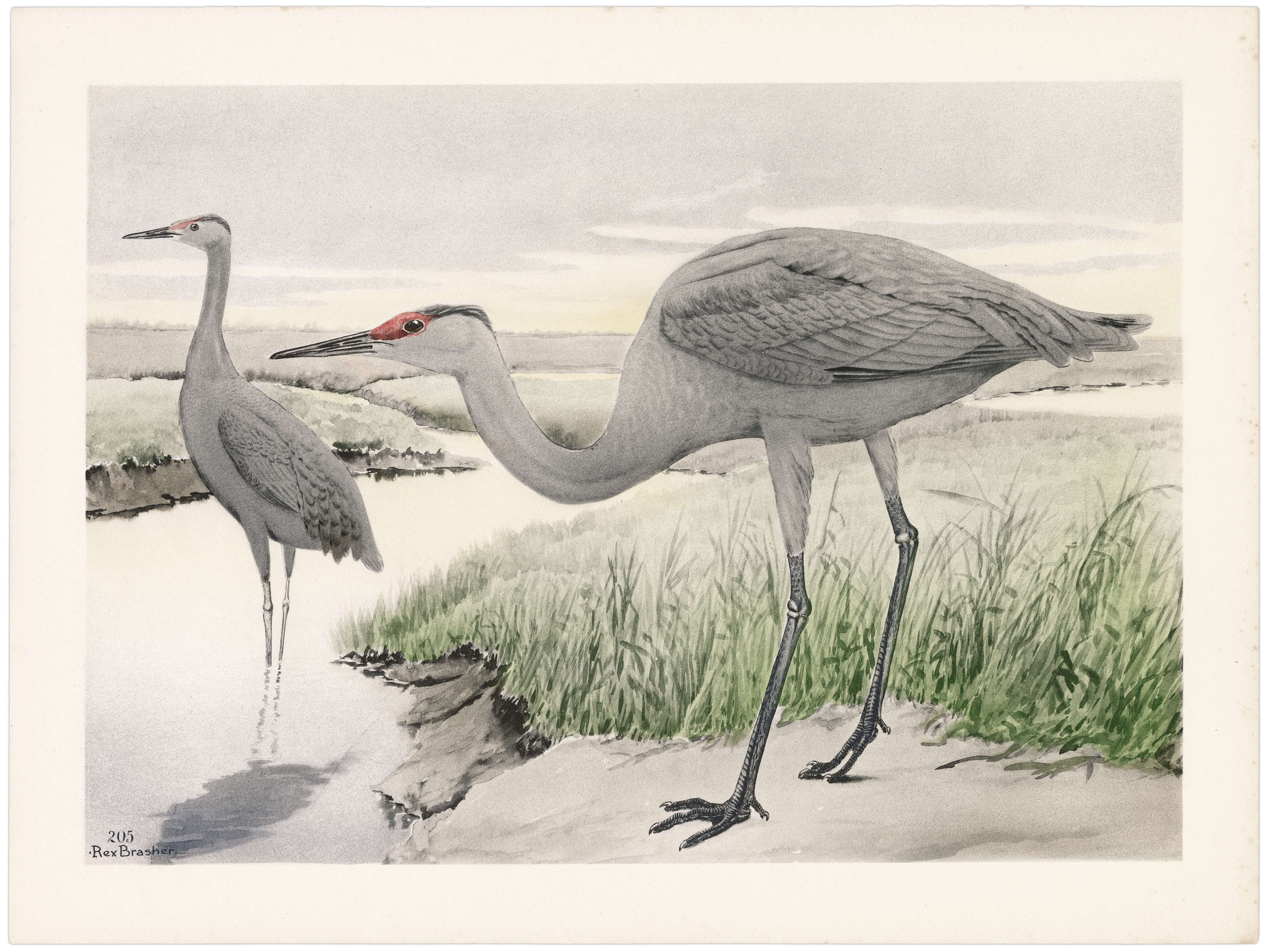 Toward the end of May the ludicrous courtship antics commence. I watched the curious performance once, concealed in a hunting blind. A single bird alighted nearby and soon was joined by another: together they voiced their rolling cries. Suddenly the newcomer (who appeared to be a male) presented his back to the female and made a low bow, his head nearly touching the ground, then leaped into the air, then pirouetted and faced his charmer with a still deeper bow and hanging wings. She answered with a bow and hop. Then each tried to outdo the other in a series of spasmodic hops and starts mixed with comically grave and ceremonial bows. Bows right and left were followed by stilted hops and skips resembling a burlesque minuet. Frequently others joined and all danced until exhausted. Sometimes an extra energetic bird would leap over another and execute a series of high jumps. 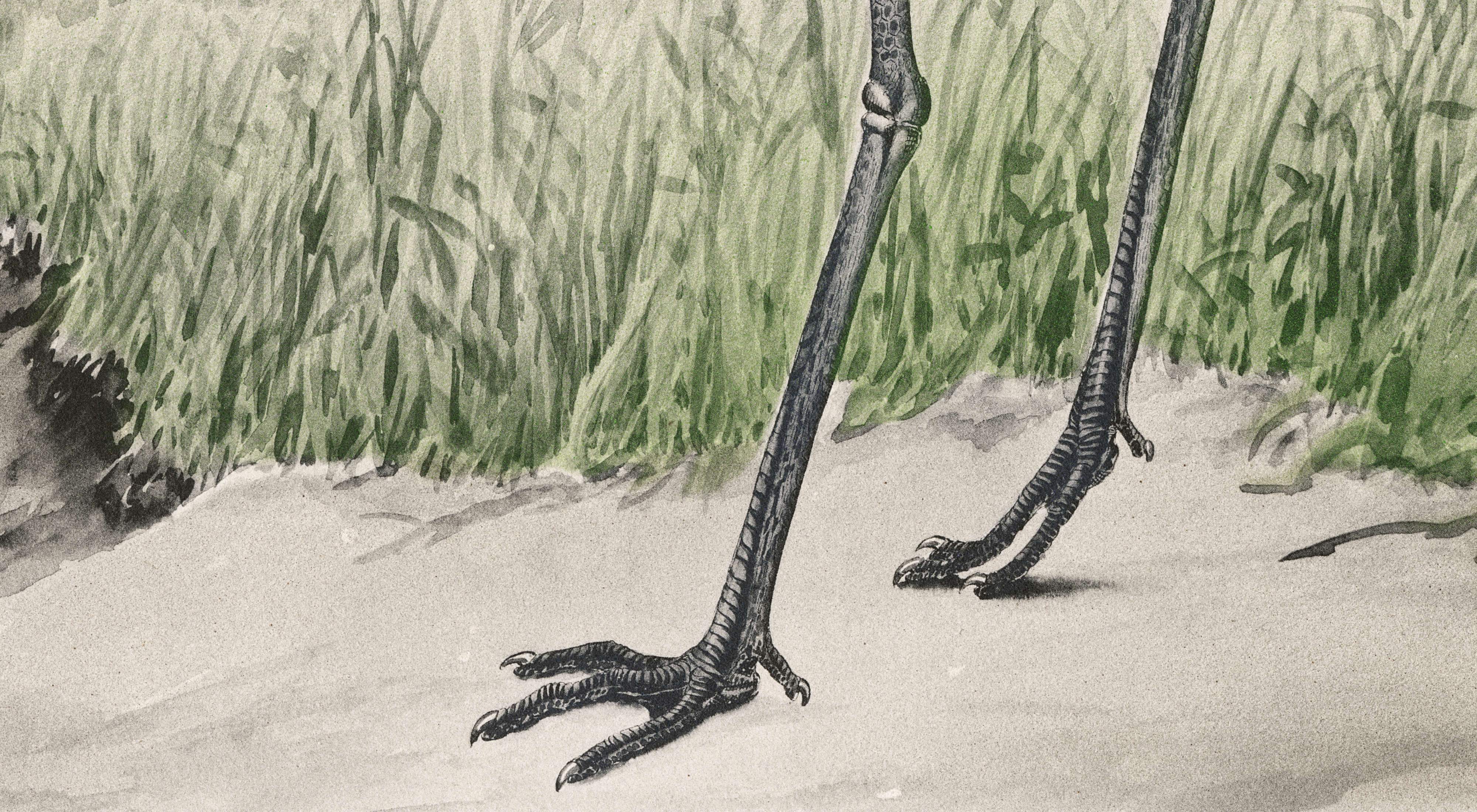 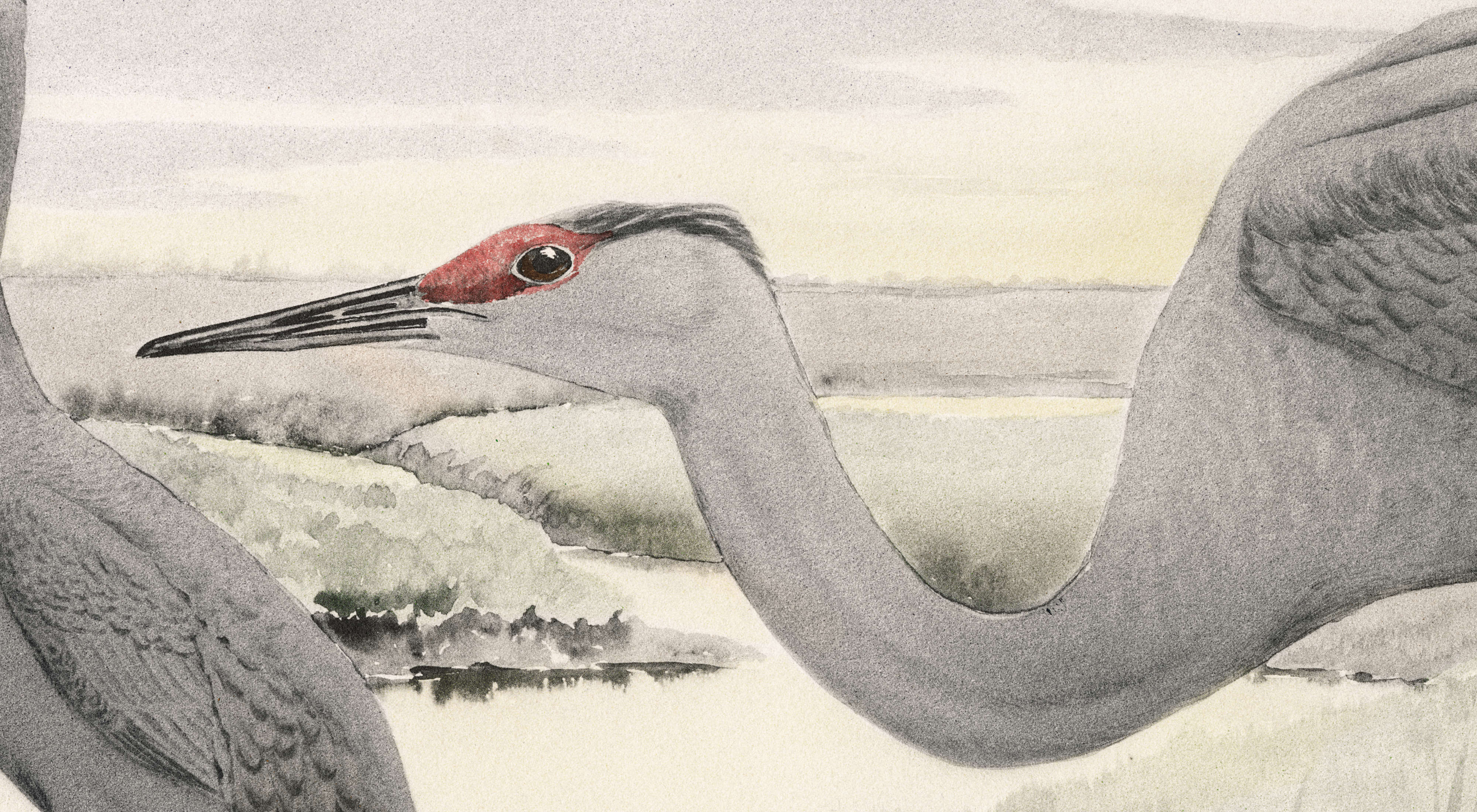