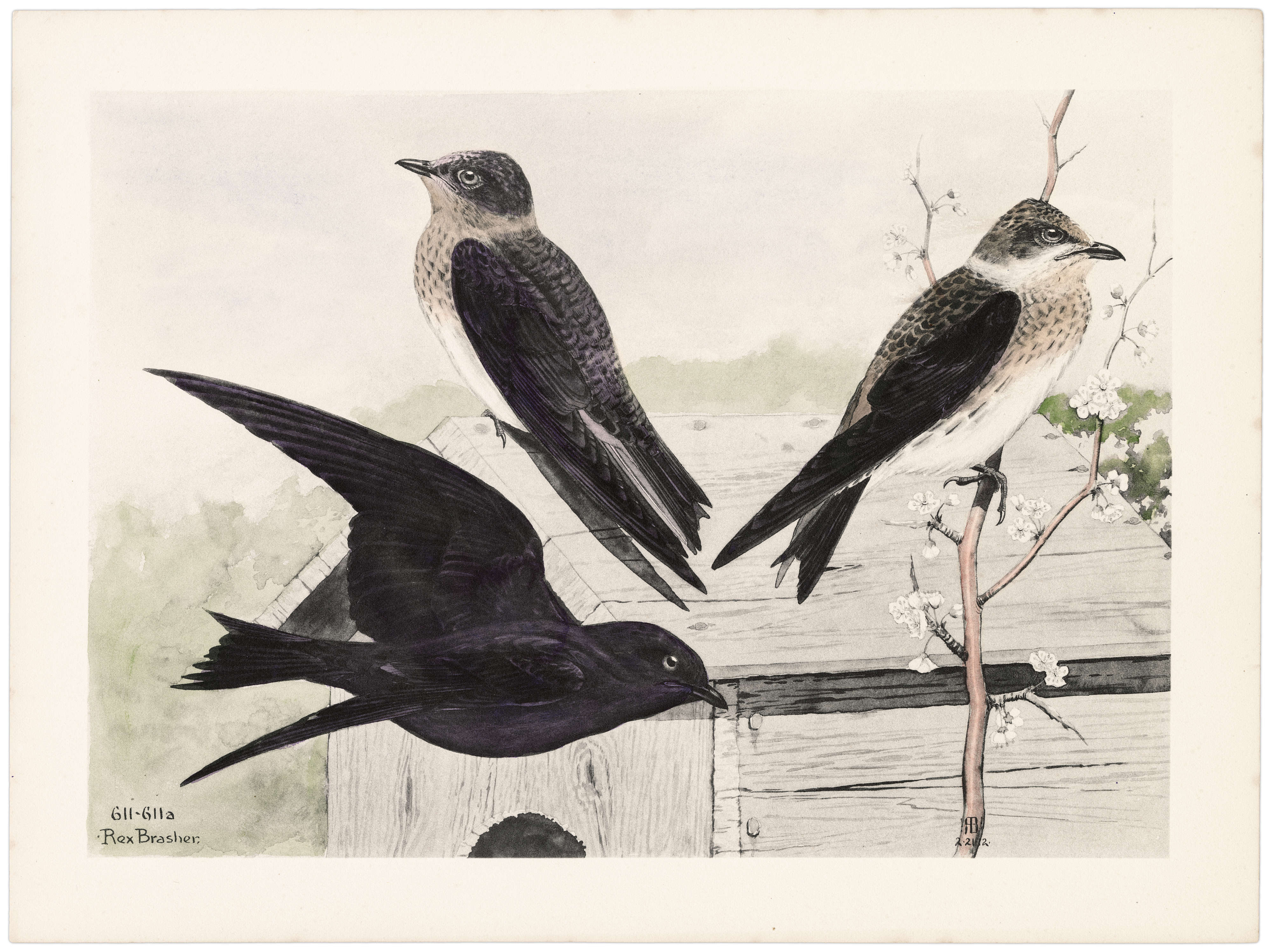 If there is a Martin colony on the poultry farm the chickens are safe. These airmen are afraid of nothing which flies and of few animals which prowl. They are the only birds I ever saw attack Kingbirds and often confused those redoubtable warriors by swift onslaughts and pinion prowess.

A small Martin colony at Saybrook, Long Island, fought a pair of Kingbirds steadily for over a week. The offensives were delivered in relays until the tyrants sat on the fence with drooping wings and open bills, thoroughly tired but not accepting defeat. When they learned to respect the deadline, the Martins ceased fighting and often joined forces in harrying crows or hawks away from the sacred precinct.

From southern British provinces and from Nova Scotia west to Montana, south to the Gulf Coast. 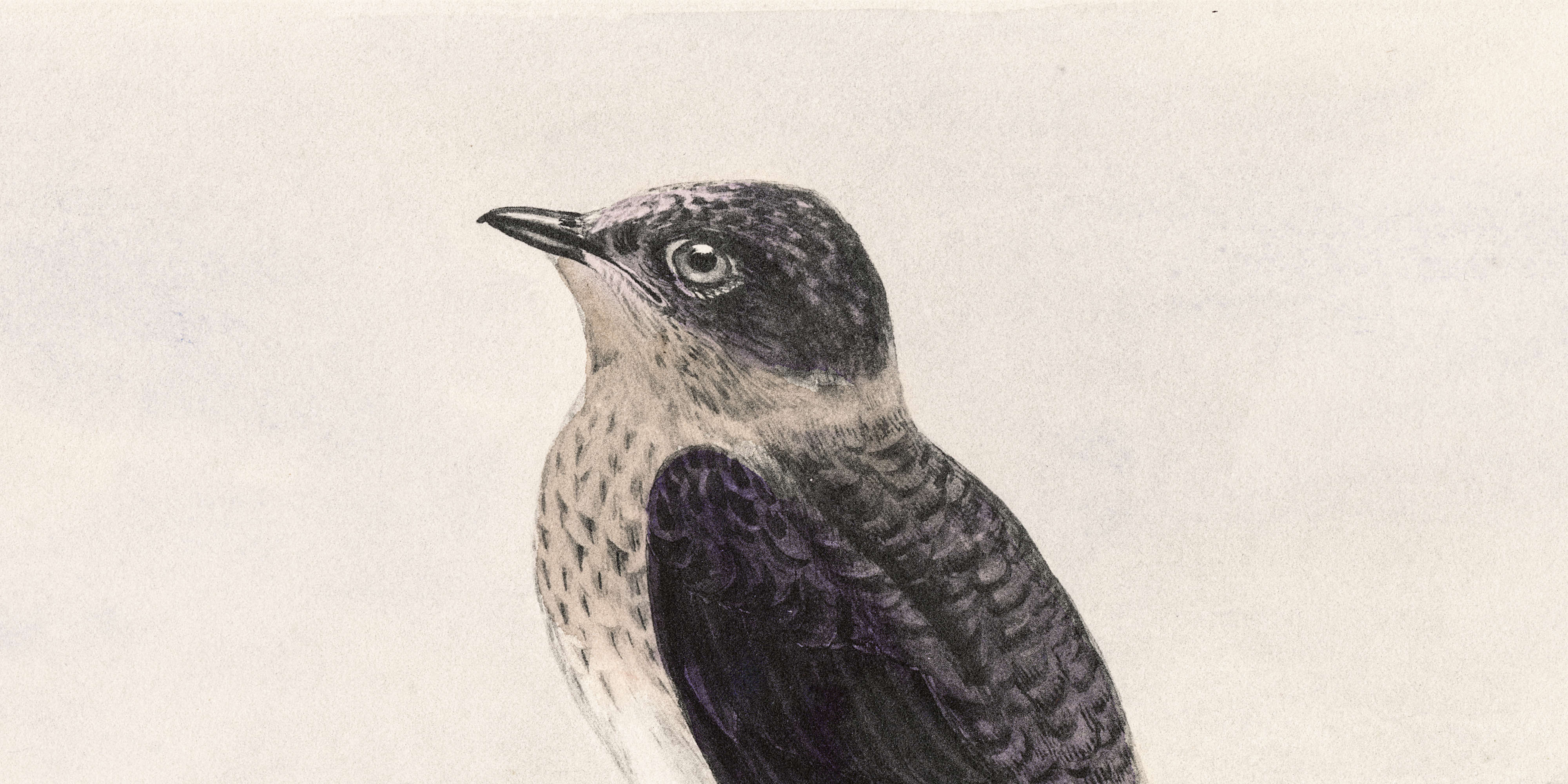 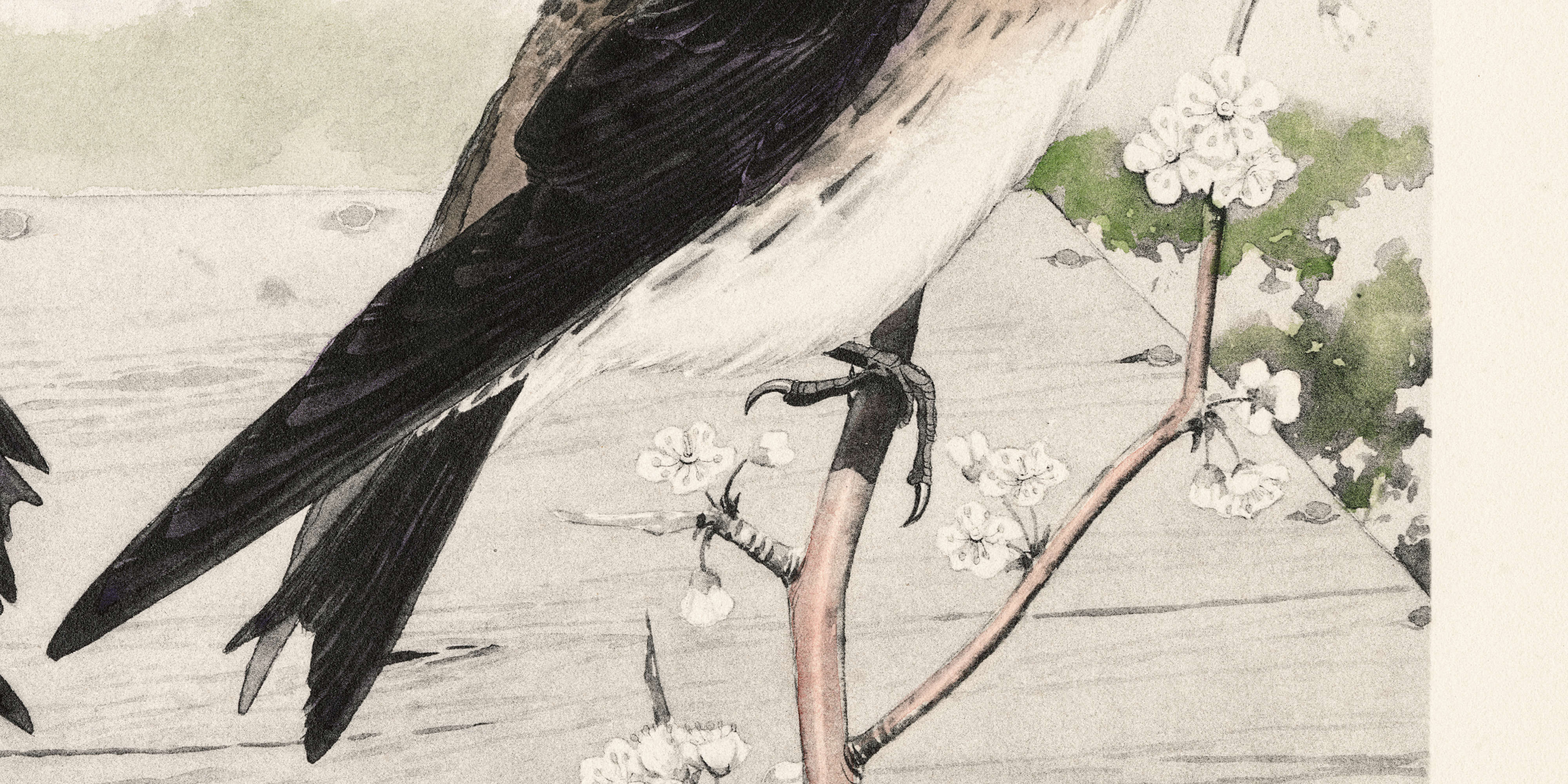 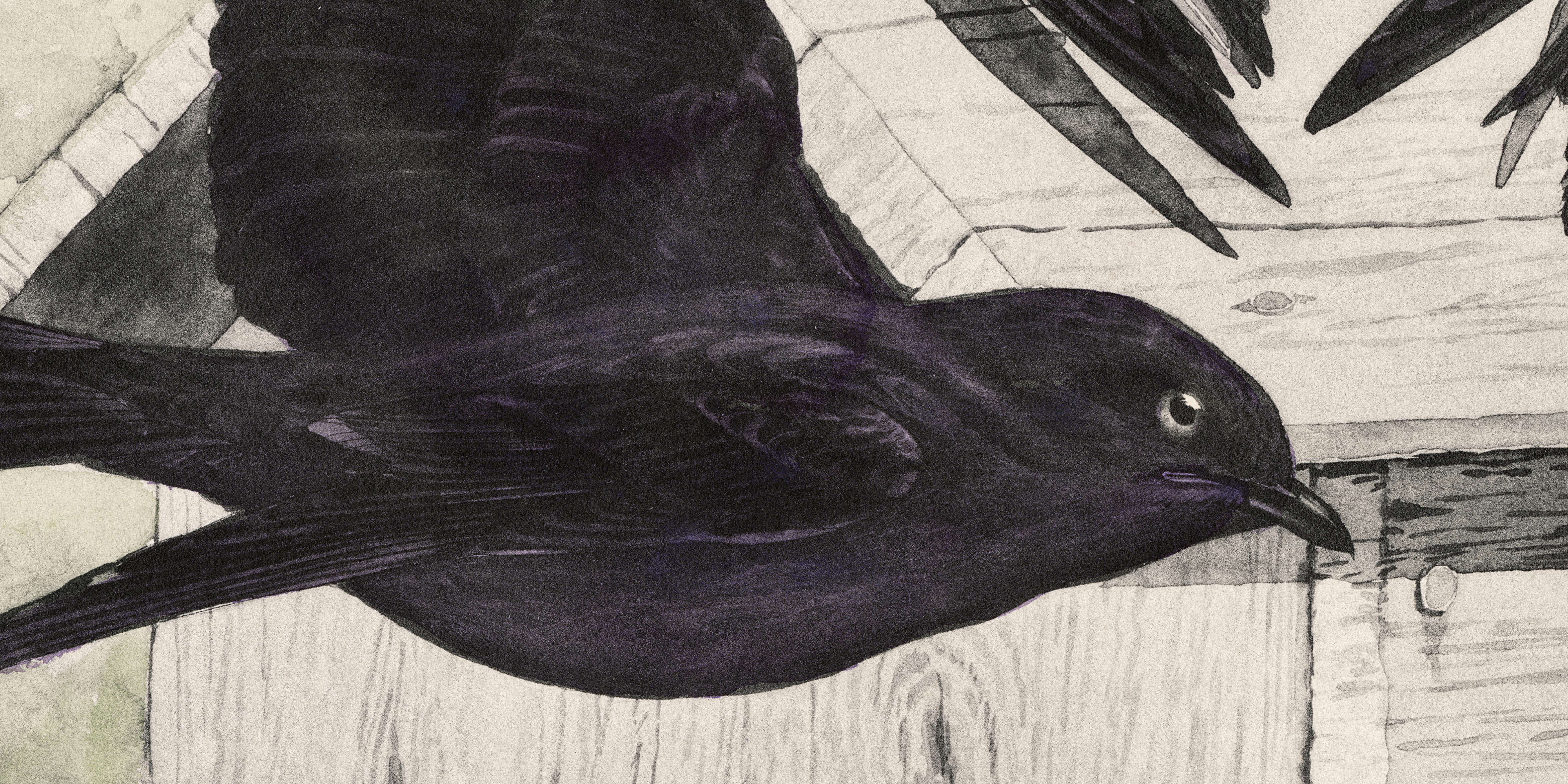