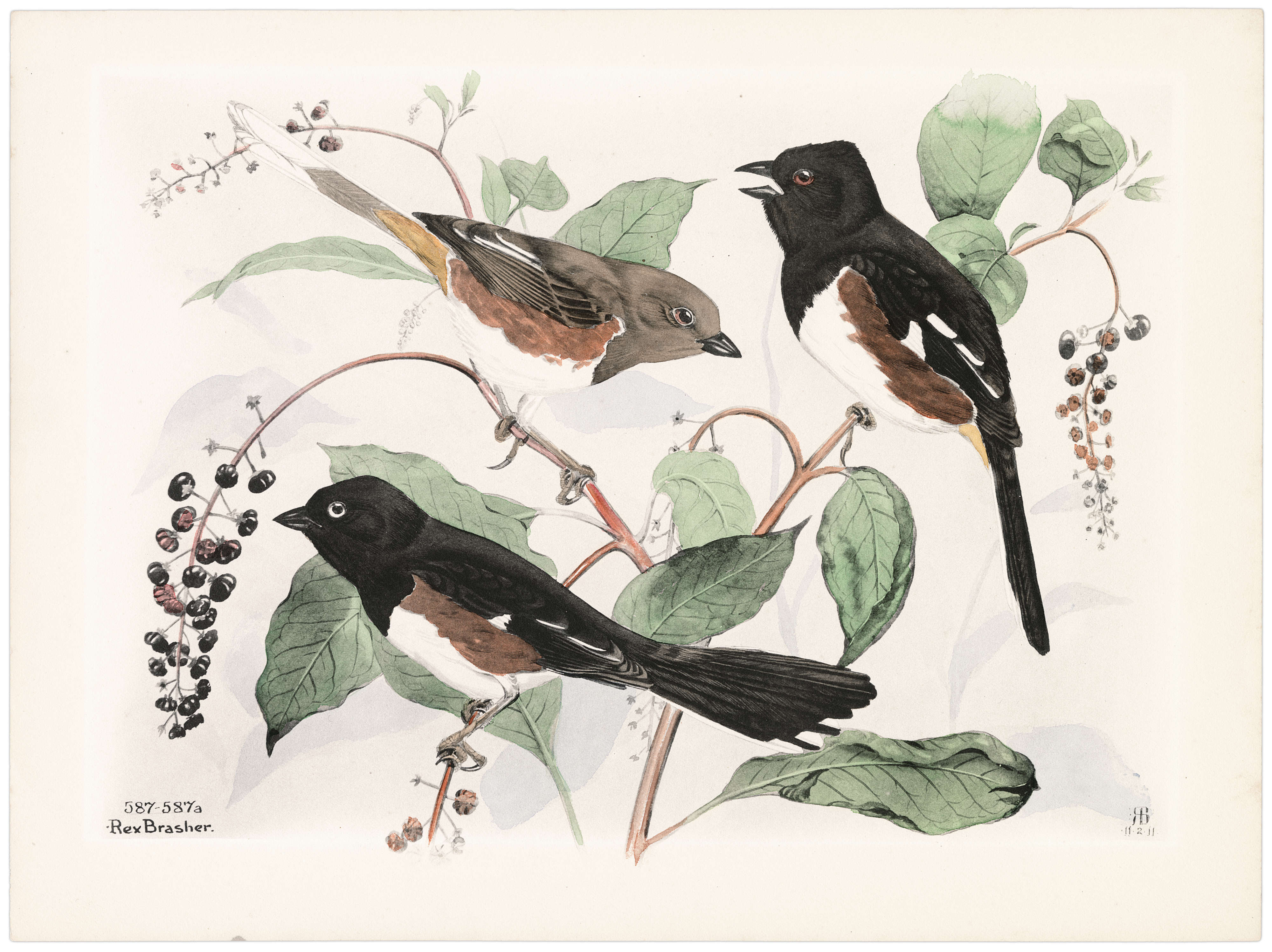 The truism that “beauty is in the eye of the beholder" might be supplemented by the profound assertion that “sound is in the ear of the listener!"

Occasionally the Towhees' call repeats their name; others state plainly they are “che-winks." The difference of opinion is simply a matter of how the ears are attuned. Their song is a clear, pleasing little trill with full-pitched notes sometimes taking a ventriloquistic quality.

Except when singing, Towhees are found on the ground where they scratch among the leaves, using the feet alternately; wherein they differ from other members of the family. I have been lured frequently in the direction of such a leaf scattering, believing some animal was at work only to find that all the scurrying was caused by an energetic Pipilo. 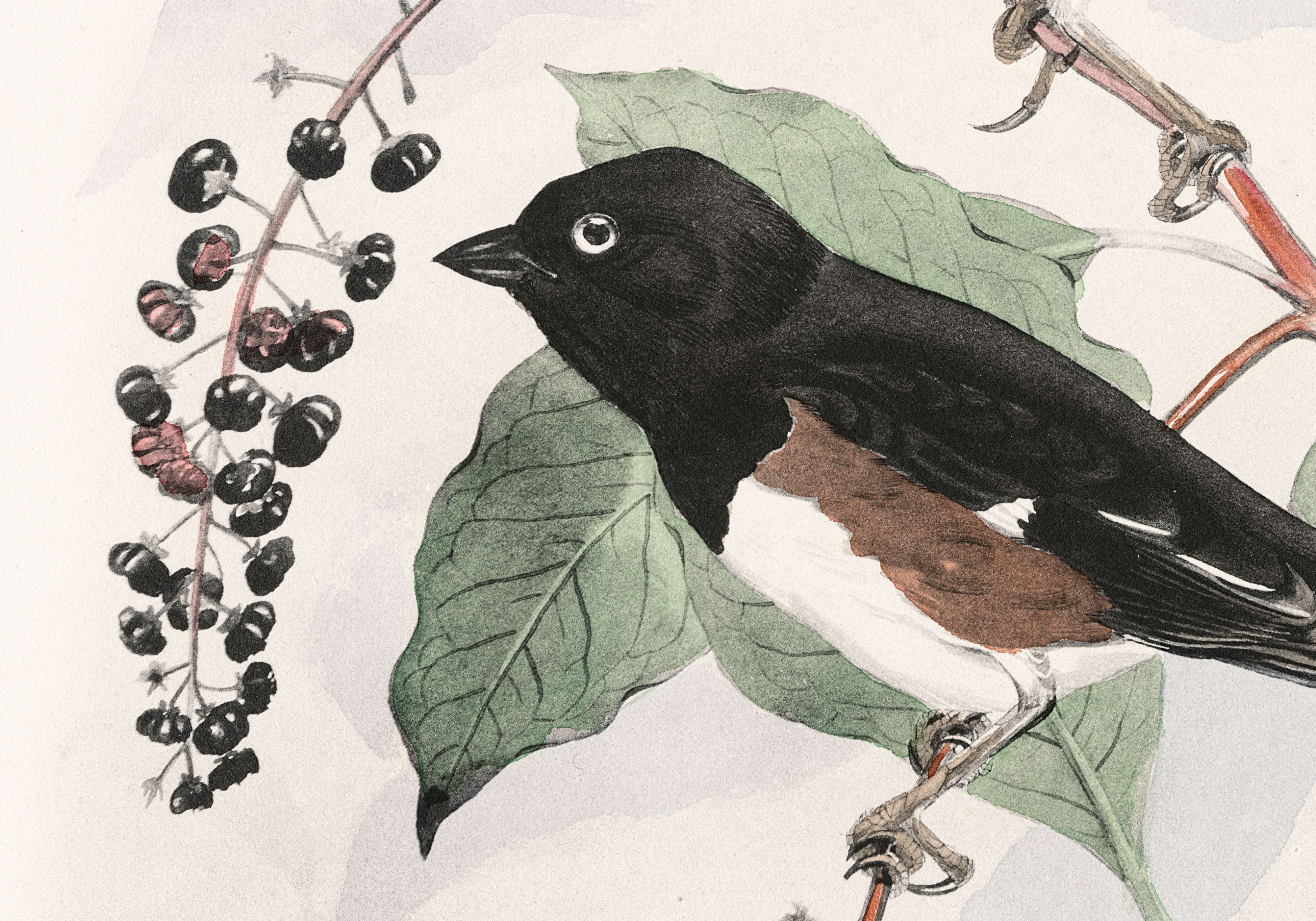 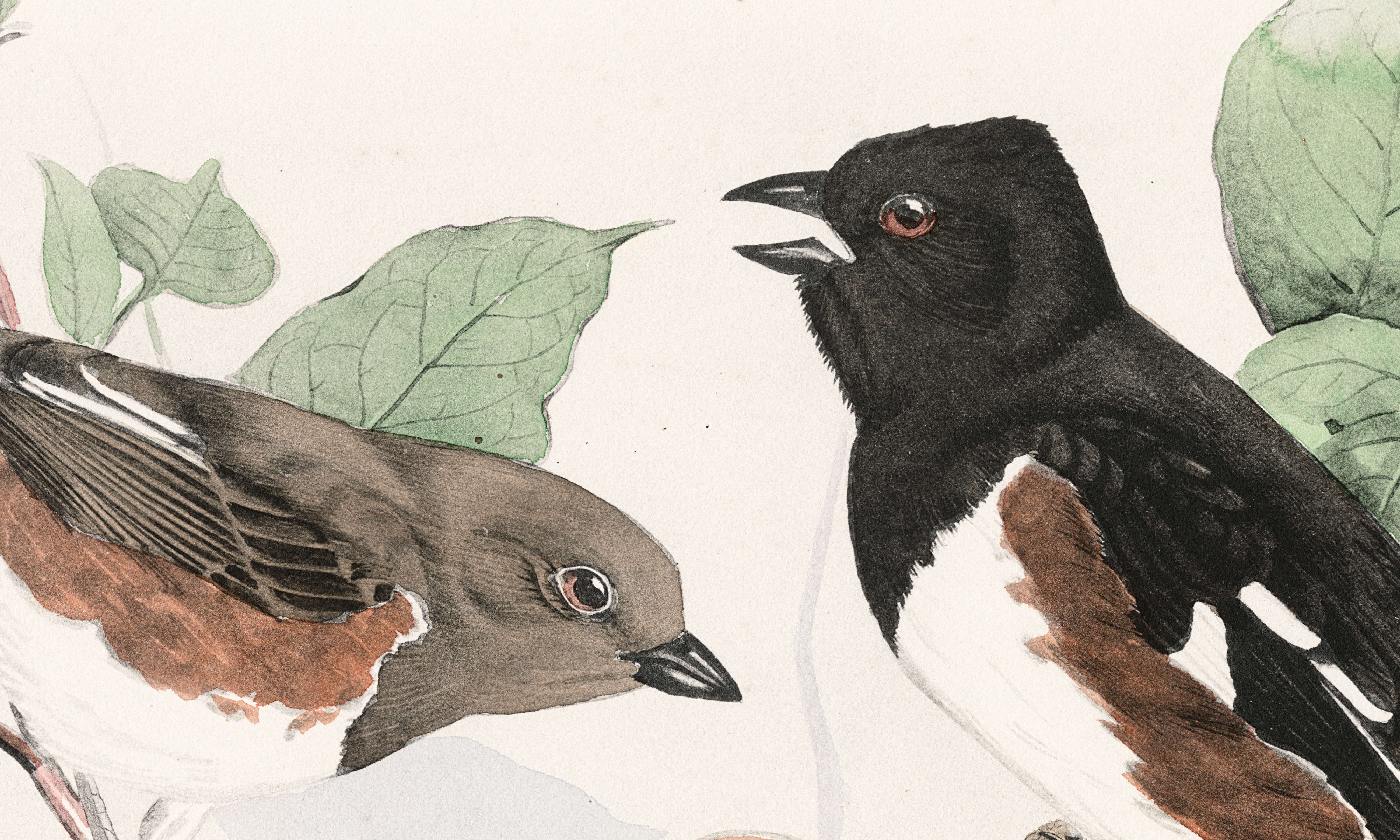