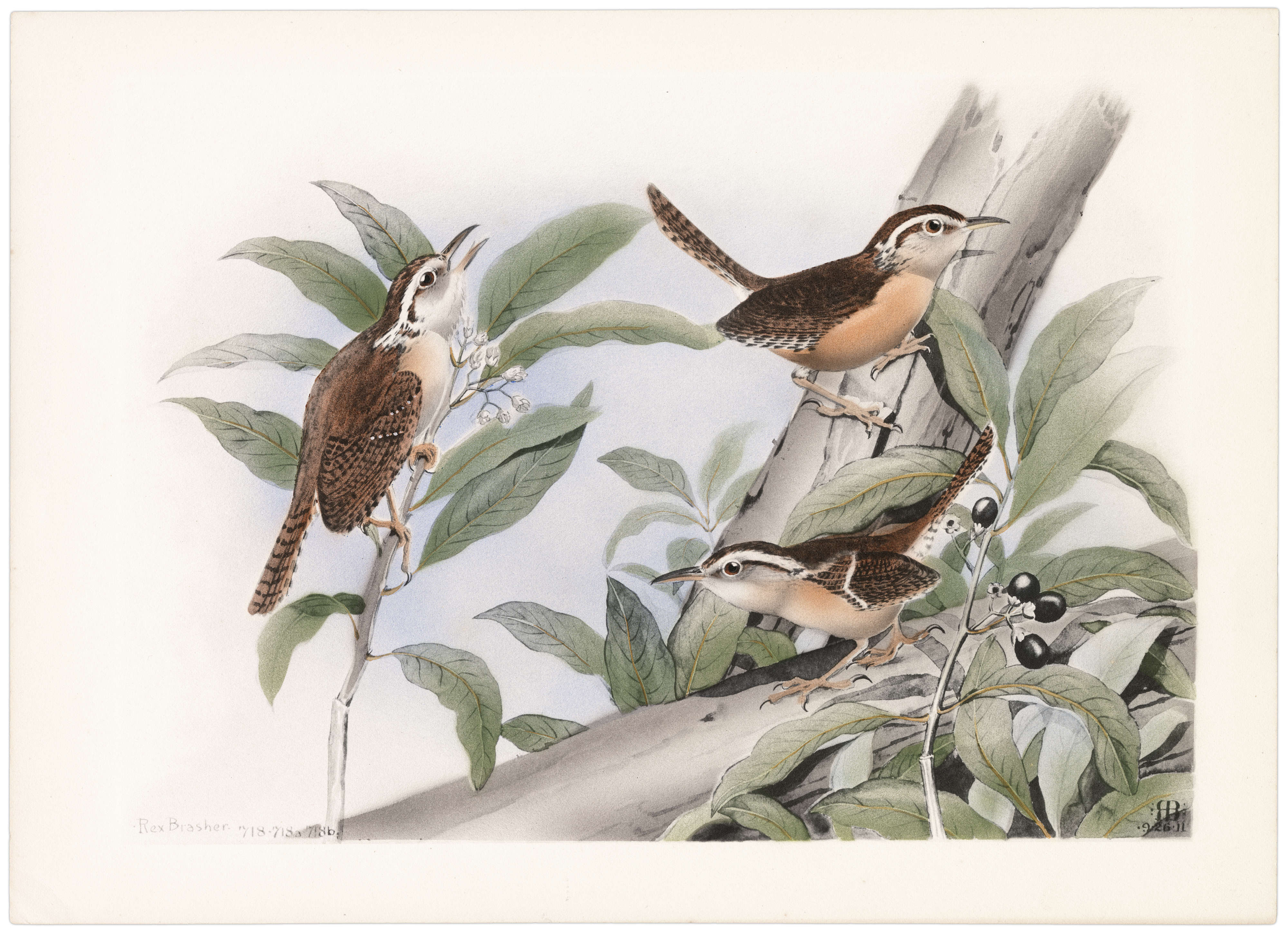 One November morning in 1882 a boy sat disconsolate on a settee in the Vale of Cashmere. The sky was gray as the boy's thoughts. Life seemed futile—a useless grind. He looked morosely at the artificial lake. It wouldn't do—only two feet deep—have to seek something bigger for a neat drowning. The fiat had been pronounced—all pleading was useless! He could not have a gun until his fourteenth year. Eight months to go! Unendurable! He couldn't stand it, he'd—Then a little brown bird with a white throat hopped up on a twig and burst into such a torrent of song that these gloomy thoughts were swept away on the current.

What could the bird's name be and what did he mean by singing with such abandon in November here in Prospect Park, Brooklyn? I hurried home to consult Wilson and Nuttall, visions of my moist body lying on the lake shore completely dissipated by eagerness to solve the mystery.

I finally identified the bird by elimination aided by Nuttall's statement that the Carolina Wren sometimes comes as far north as New York, but it was not until I met the species in its natural habitat that all doubt vanished. 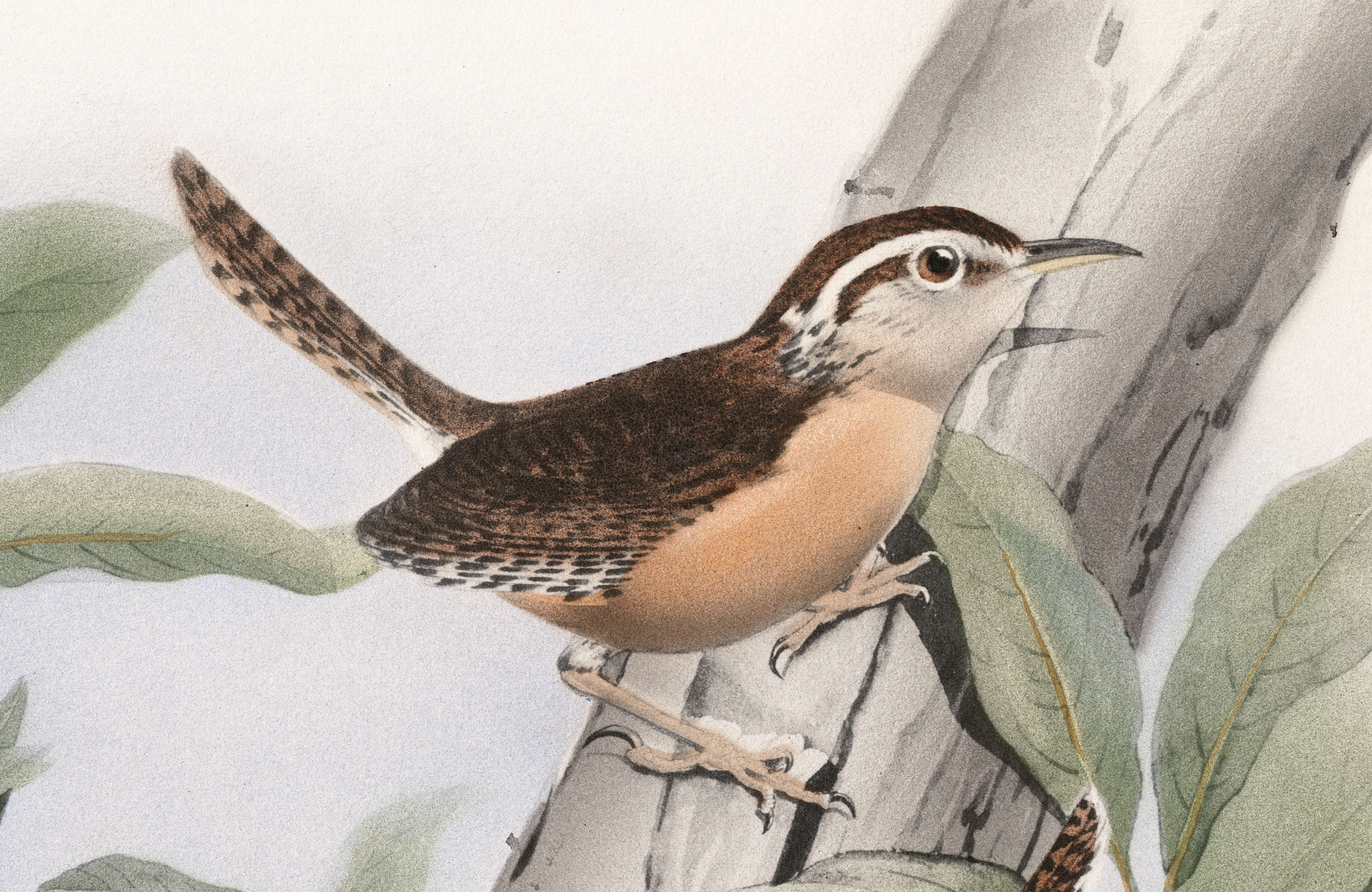 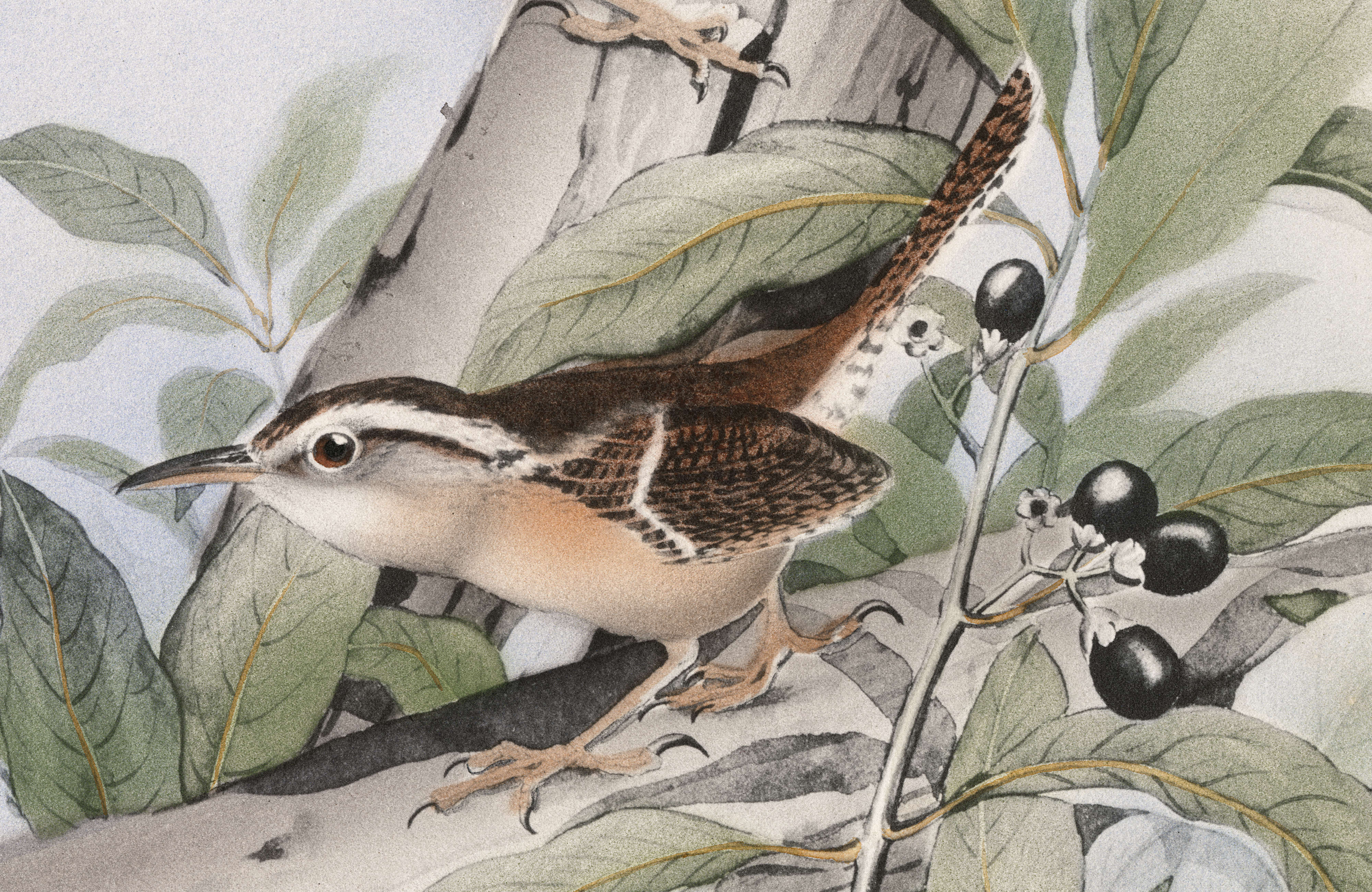